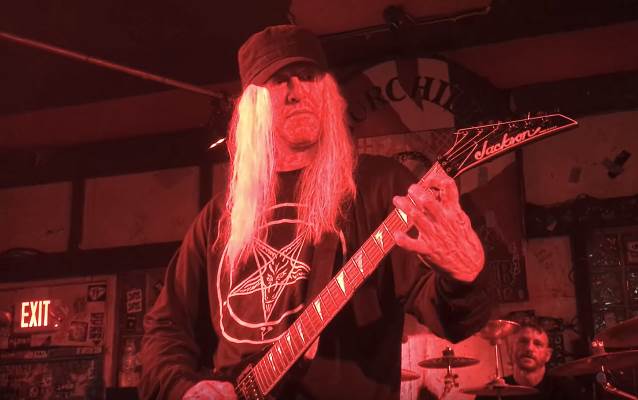 Hammerheart Records has entered into an agreement with former DEICIDE members Eric and Brian Hoffman to work together on AMON and the classic DEICIDE catalog.

AMON was the band that changed its name to DEICIDE in 1989. When Eric and Brian left DEICIDE, they resurrected AMON and released an album called "Liar In Wait" in 2012. Hammerheart will release a new AMON album, will reissue "Liar In Wait" and also the legendary AMON demos from 1987 and 1989.

Says Hammerheart: "We heard new songs, and they have the classic AMON/DEICIDE crunch/vibe. They are catchy yet brutal, they are quality death metal par excellence."

Hammerheart will also reissue all the DEICIDE albums that were released between 1990 and 2001. All albums will get a deluxe treatment, remastering, 2-CD editions, bonus tracks (tons of never-released recordings),LP editions (first time for some),digital, MC, merchandise. This is a huge undertaking, and the whole project will keep Hammerheart busy for for the next couple of years.

After releasing its second full-length album, AMON will tour worldwide and play a full set of only old-school songs, taken from the first four DEICIDE albums. This will happen in 2019.