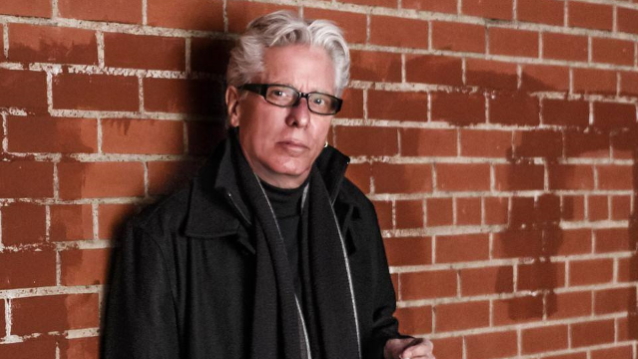 Acclaimed drummer Jamie Oldaker has died at the age of 68. The musician, who had battled cancer in recent years, was surrounded by family members when he passed away Thursday at his Tulsa home.

A rock music, blues rock and country music drummer and percussionist, Oldaker was born September 5, 1951 in Tulsa. He was an exponent of the shuffle style.

After a stint in Bob Seger's band, Oldaker joined Eric Clapton in 1974 during the recording of "461 Ocean Boulevard". Oldaker would remain a member of Clapton's studio and touring bands through 1979, when the entire band was dismissed. Oldaker would return to the Clapton band in 1983, leaving in 1986. Oldaker appears on the blues side of the live recording "24 Nights" from 1990 and 1991. Not long after leaving Clapton's band, Oldaker briefly became a member of KISS guitarist Ace Frehley's project FREHLEY'S COMET, appearing on the 1988 album "Second Sighting". He was a founding member of the alt-country band THE TRACTORS in 1994. Oldaker has also played on recordings of musicians such as THE BELLAMY BROTHERS, ASLEEP AT THE WHEEL, Peter Frampton, Stephen Stills, Leon Russell, Freddie King and THE BEE GEES.

"Jamie Oldaker has been my dear friend and brother for over 40 years," Frampton said in a statement provided to the Tulsa World by Oldaker's family. "He was a very warm, caring, true friend with a gentle heart. He cared about us all almost more than he did himself. Most will know him as the drummer on Eric Clapton's albums. His playing was unique; a laid-back style of drumming with an incredible feel. We traveled the world, played many wonderful shows and great recordings together. He was a much-loved person and I will miss him for the rest of my time here. Love you, Jamie."

Oldaker was involved in working with the organizers and the building of the OKPOP museum in Tulsa. He and his wife, Mary, were also hosts of an annual fundraiser, MOJO Fest, to raise money for the Tulsa Day Center For The Homeless.