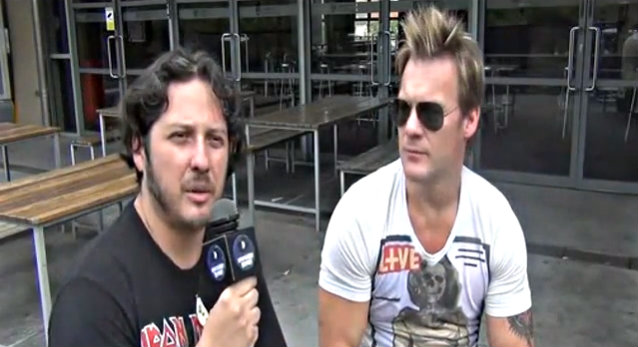 Spotlight Report conducted an interview with FOZZY frontman and WWE wrestling superstar Chris Jericho before the last Australian FOZZY show as the support act for STEEL PANTHER. You can now watch the chat below.