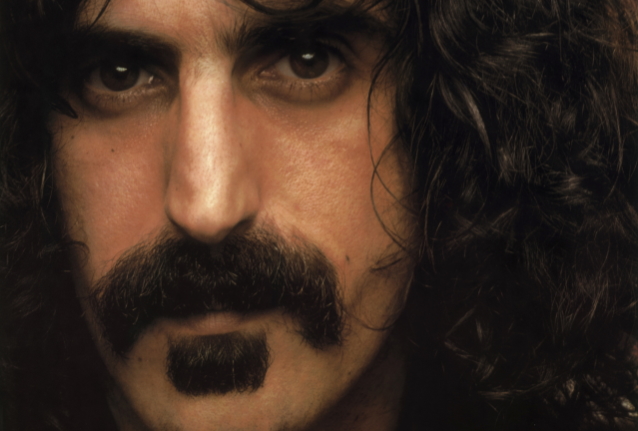 With the acquisition, which additionally includes Frank Zappa's name and likeness, Universal Music Enterprises (UMe),UMG's global catalog company, and Universal Music Publishing Group (UMPG),the company's leading music publisher, will build on the company's already successful track record of working with the Zappa Trust to amplify Frank Zappa's career as a trailblazer, iconoclast, brilliant musician and fearless artist who challenged music and culture with his unconventional and uncompromising vision and advocacy.

The Zappa Trust said: "Ten years ago, Gail Zappa partnered with UMe to bring Frank Zappa's music into the digital era and help expand the Frank Zappa business around the world, setting in motion a fruitful partnership that has resulted in exponential growth. Together over the last decade we made Frank's vast catalog of music available for streaming and download, reissued many of his pivotal albums on vinyl, created a slew of exciting archival releases and expansive box sets, including a series celebrating FZ's legendary Halloween concerts, and were nominated for a Grammy for the '200 Motels (The Suites)' orchestral album.

"UMG have more than proven their passion for Frank's art and so the entire Zappa family — Moon, Dweezil, Ahmet and Diva — is thrilled to pass the baton to the new forever stewards for all things Frank Zappa. Old and new fans will get more of what they want — more Frank Zappa music for years to come.

"Frank released his first album with Verve Records in 1966 with THE MOTHERS OF INVENTION's debut album, 'Freak Out!', so this is a very full-circle moment more than five decades later and we know that his music and legacy will be in the best possible hands for generations to come."

UMe president and CEO Bruce Resnikoff said: "It has been a privilege to work with the Zappa family to release Frank Zappa's music around the world, grow his audience, and protect his legacy for the past decade. Zappa was a pioneering, visionary artist who created an incredible body of work and we are incredibly proud that Gail, and now his children, have entrusted us with his important legacy. We will continue to develop innovative ways to celebrate his vast and influential catalog for both longtime fans and those just discovering his genius. As a prolific artist well ahead of his time, Frank Zappa was constantly creating and recording and he left behind a treasure trove of extraordinary still-unreleased music and video in his Vault that will help us usher in the next era of Frank Zappa fans."

Marc Cimino, chief operating officer of Universal Music Publishing Group, said: "A powerful voice in music and culture, Frank Zappa was one of the most brilliant artists of his time. We are honored to welcome Zappa's influential song catalog and that his estate has chosen UMG to uphold his artistry and to grow his immense legacy throughout the world."

Over the last decade working closely together, the Zappa Trust and UMe have revitalized Frank Zappa's catalog through a steady stream of thrilling archival releases, vinyl reissues of his classic albums, streaming initiatives, and by making his music more widely available around the globe than ever before. UMG has grown streams of Zappa's music by double-digit percentages each year and recently much of Zappa's catalog was made available in Hi-Res Audio for download and streaming for the first time. On the heels of UMe and the Zappa Trust's multipronged efforts, and Alex Winter's acclaimed 2020 feature documentary "Zappa", of which UMe provided the soundtrack, Zappa and his music have experienced a newfound popularity that only continues to grow nearly two decades after his death.

In 2012, Zappa Records and the Zappa Trust — headed by his widow, Gail Zappa — made Zappa's entire recorded catalog available digitally for the first time through a partnership with UMe, with half of the albums remastered from the original analog sources and the remaining albums retransferred and prepared from the original digital tapes for CD and streaming and download. Many albums were also remastered for reissue on vinyl. Shortly after, the Zappa Trust entered into an agreement with UMe for a global license and distribution deal that saw the release of 60 of Zappa's recordings. In 2015, they partnered on a long-term, global licensing agreement for Zappa's entire recorded catalog, as well as rights management participation across the rest of the cultural icon's creative canon. The partnership grew into an expansive license with Resnikoff and UMe that also includes new product releases, trademark licensing, film, and theatrical production.

To date, there have been 122 official Zappa releases, however, that only scratches the surface of what the future holds as it represents a small fraction of the recordings in Zappa's expansive and exhaustive Vault that have been made publicly available. An obsessive documenter, Zappa recorded nearly every session, rehearsal, live performance, and even casual jam in a variety of audio and video formats across nearly his entire life. UMG plans to dive into The Vault for new archival projects for decades to come. Additionally, with Zappa's name and likeness, UMG will engage existing fans and new audiences around the world with merchandise, feature films, interactive experiences, as well as non-fungible tokens (NFTs) and other next-generation Web3 projects.

From his early psychedelic rock beginnings to his avant-garde experimentation, jazz-rock explorations, symphonic suites and satirical sendups to his conceptual, compositional and technological innovations, Zappa, who was named Czechoslovakia's "Special Ambassador to the West on Trade, Culture and Tourism" in 1990 by Vaclav Havel, shattered the norms every step of the way and his influence and ethos continues to reverberate as strongly today as ever.

In his unprecedented and incredibly prolific career, Zappa released more than 60 groundbreaking albums during his lifetime, as a solo artist and with his bands, THE MOTHERS OF INVENTION and THE MOTHERS. From the early primal psychedelic rock of THE MOTHERS OF INVENTION's 1966 debut album, "Freak Out!", one of the earliest double albums in rock, to the jazz-rock fusion of 1969's's "Hot Rats", to the experimental, envelope pushing of 1969's "Uncle Meat" and 1971's surrealistic film and soundtrack, "200 Motels", to the orchestral compositions of his later years, Zappa's unrelentless artistic drive, pushed him into a dizzying array of musical worlds, never content to stay in one lane for very long.

Following Zappa's passing in 1993, there have been more than 60 posthumous releases, beginning with 1994's "Cilvization Phaze III" and spanning from Zappa's last album completed before his death, "Dance Me This", released in 2015 as his 100th album, to elaborate and expanded multi-disc box sets for such albums as "200 Motels", "Hot Rats", "Orchestral Favorites", "Zappa In New York", as well as super deluxe editions of his legendary Halloween concerts, complete with costumes, and other live favorites like "The Roxy Performances". Recent releases include "Zappa '88: The Last U.S. Show", a box set titled "The Mothers 1971", which celebrates Zappa's 1971 lineups, and "Zappa/Erie", a six-disc collection that brings together an exciting trio of previously unreleased concerts that the Maestro performed in Erie, Pennsylvania and the surrounding area between 1974 and 1976.

Zappa, who died of prostate cancer when he was 52, was a composer, virtuoso guitarist, songwriter, artist's rights champion, provocateur, anti-censorship advocate, a musical pioneer, and one-time cultural ambassador to Czechoslovakia. He was posthumously inducted into the Rock And Roll Hall Of Fame in 1995 and awarded the Recording Academy's Lifetime Achievement Grammy Award in 1997.