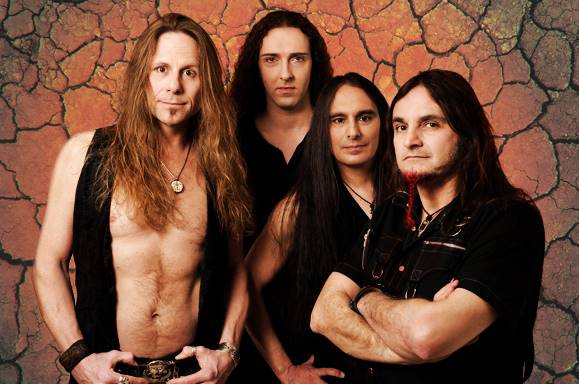 FREEDOM CALL To Release 'Beyond' In February

German melodic metallers FREEDOM CALL will release their new studio album, "Beyond", on February 24, 2014 in Europe and March 4 in North America via SPV/Steamhammer. The 14-song effort was recorded at Separate Studios in Nuremberg and FREEDOM CALL's own studio and was produced by guitarist/vocalist Chris Bay and Stephan Ernst.

Comments Chris Bay: "Stylistically, we have remained faithful to ourselves. In fact, we've even returned to a slightly more traditional direction. I think that's probably the result of recent tours, where we had lots of fun with the classic FREEDOM CALL numbers, which not only a lot of our faithful fans from the band's early days will appreciate."

Along with the album release, there will be a video for the song "Union Of The Strong". Other tracks featured on the CD include "Knights Of Taragon" and "Colours Of Freedom", which is described as "a typical FREEDOM CALL number."

"'Dance Off The Devil' — the 'off' is consciously spelled with a double 'f' — with its African rhythms and mystic grooves may sound slightly unusual, but it perfectly suits the album title, which is meant in a spiritual sense," adds Bay.