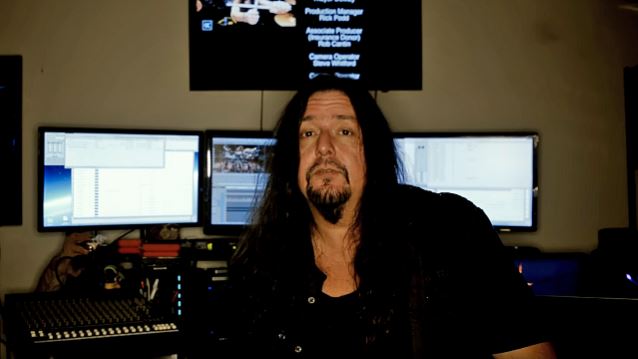 Legendary extreme-metal drummer Gene Hoglan (TESTAMENT, DEATH, STRAPPING YOUNG LAD, DARK ANGEL, DETHKLOK) has completed work on his long-awaited new instructional DVD, "The Atomic Clock: The Clock Strikes Two", for an early 2017 early release. The DVD will feature "the Clock" himself breaking down some of his favorite beats, telling stories and playing along with tracks from several of his most legendary projects, including STRAPPING YOUNG LAD, TESTAMENT and DEATH.

Limited, signed early release copies are available for pre-order now and will be shipped out in early December, just in time for the holidays! Make sure to pre-order your limited edition copy here in Canada and here in the U.S. and the rest of the world. Once limited edition copies are sold out, pre-orders will begin for the official 2017 release.

Fans that opted-in for the special pre-order fan packages when the DVD was first announced — don't worry — Gene has something special for you!

Filmed in high definition on a dozen cameras, with studio-mastered audio, this DVD offers a chance to see Gene Hoglan play like never before. Though certainly inspirational for any level of musician, "The Atomic Clock: The Clock Strikes Two" is not only for drummers. Gene's easygoing, approachable attitude is readily apparent as he happily tells the viewer stories from his career, chatting as if with old friends about days in the studio or on the road.

An impressive roster of high-caliber musicians also weigh in over the course of the feature, offering stories about Gene and their experiences working with him. Interviews include Scott Ian and Frank Bello of ANTHRAX, 3 INCHES OF BLOOD/REVOCATION's Ash Pearson, Jason Bittner of SHADOWS FALL, Chuck Billy, Alex Skolnick and Eric Peterson of TESTAMENT, and more.

This DVD provides a glimpse into the philosophies, techniques, and history of one of metal's most influential musicians of all time.

"The Atomic Clock: The Clock Strikes Two" was recorded at The Warehouse Studios Vancouver, Canada. The DVD was edited by Leon Melas and directed by Rob Shallcross and Leon Melas, with co-direction from Hoglan. All audio was produced, engineered and mixed by Rob Shallcross with audio mastering from Greg Reely.

Asked if he had a word of advice for up-and-coming drummers looking to break into the music business, Hoglan told BeatIt.com.pl in a 2014 interview: "Well, I've been preaching this for years , and that is, the most important thing, I think, for a young player to do is find guys that you like to hang out with more so than the best musicians in town. Because you're gonna wanna grow and evolve as a musician and also as a friend. Bands do become families, they become teams, they become all of that, and if you've got some really good teammates, really cool family members, everybody's always gonna improve as a musician, especially if you're a young dude in your teens or your early 20s. Everybody gets better. So, say, your guitarist is not the best or your bassist isn't the best in town, but if he's a really cool guy and he's dedicated to what… That's another thing. Find like-minded individuals, so if everybody's got the same mindset, then everybody grows at the same rate and hopefully everybody stays pretty focused. So if you're really focused on staying in this industry, find some other guys that have your same kind of focus. And also another thing I tell young dudes — and I'm putting on [my] next [instructional] DVD; both of these pieces of advice — [is] learn how to read a contract. And I'll leave it at that." 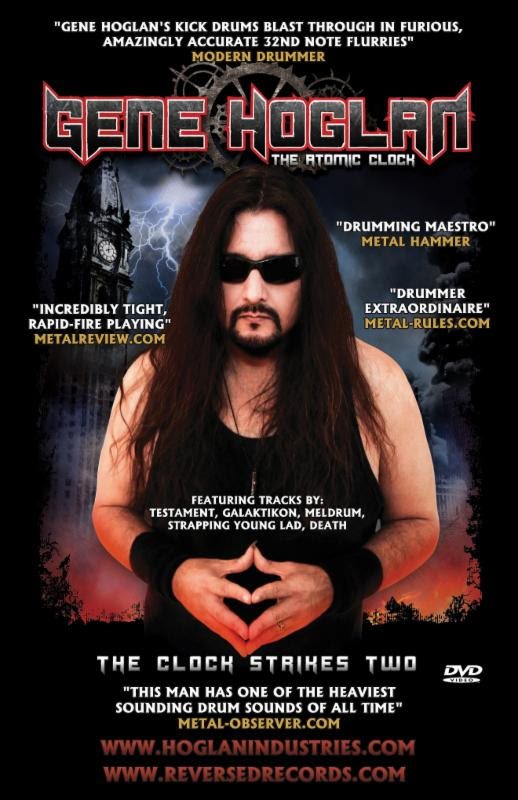