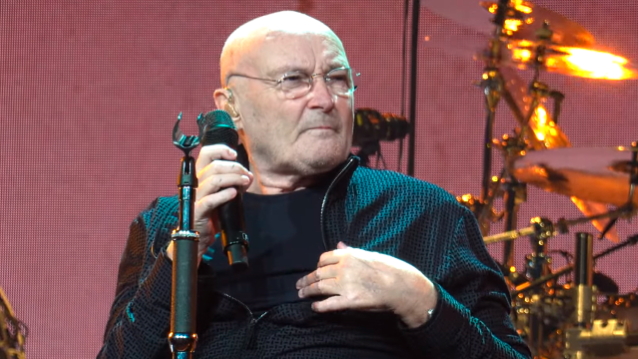 GENESIS To Reunite For First Tour In 13 Years

Legendary British rock band GENESIS will reunite this fall for a U.K. tour.

"I think it's a natural moment," Rutherford said Wednesday on BBC Radio 2. "It's happened very naturally. Phil's been out on tour the last two and a half years doing his stuff and it sort of seemed ... the natural moment to have a conversation about it. We're all good friends, we're all above grass and here we are."

GENESIS last performed together in 2007 to mark the 40th anniversary of their formation at Charterhouse School in Surrey.

Founding lead singer Peter Gabriel is not involved in the GENESIS reunion. Collins's 18-year-old son Nicholas will play drums on the tour while Daryl Stuermer will handle guitar and bass.

Collins said of his son's involvement: "For me, it wasn't a deal breaker, but… it was a problem we had to overcome, with me not playing, although I'll be doing my best to play some bits on the tour."

"I'm looking forward to doing it," Rutherford said. "I worked it out and we've only done two shows in the U.K. in the last 28 years, so we haven't over-worked it."

Genesis are delighted to announce that Tony Banks, Phil Collins and Mike Rutherford will be touring the UK in late 2020!
Tickets go on sale on Friday at 9am.
More info here https://Genesis.lnk.to/Website
#lastdomino