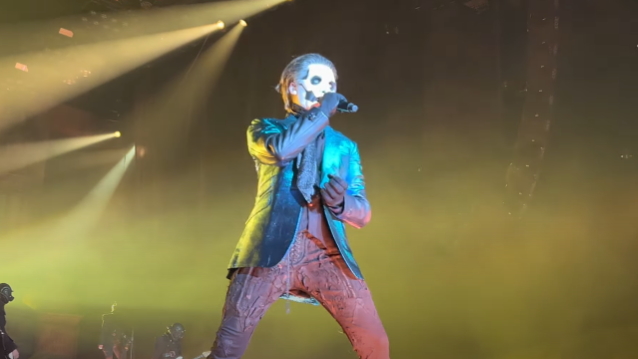 GHOST kicked off its co-headlining tour with VOLBEAT last night (Tuesday, January 25) at the Reno Events Center in Reno, Nevada. During its 16-song set, GHOST performed the recently released single "Hunter's Moon", a cover of METALLICA's "Enter Sandman" and debuted another song from its upcoming "Impera" album, called "Kaisarion".

GHOST leader Tobias Forge performed as a "new" Papa Emeritus on each of the band's first three LPs, with each version of Papa replacing the one that came before it. Papa Emeritus III was retired in favor of Cardinal Copia before the release of "Prequelle". 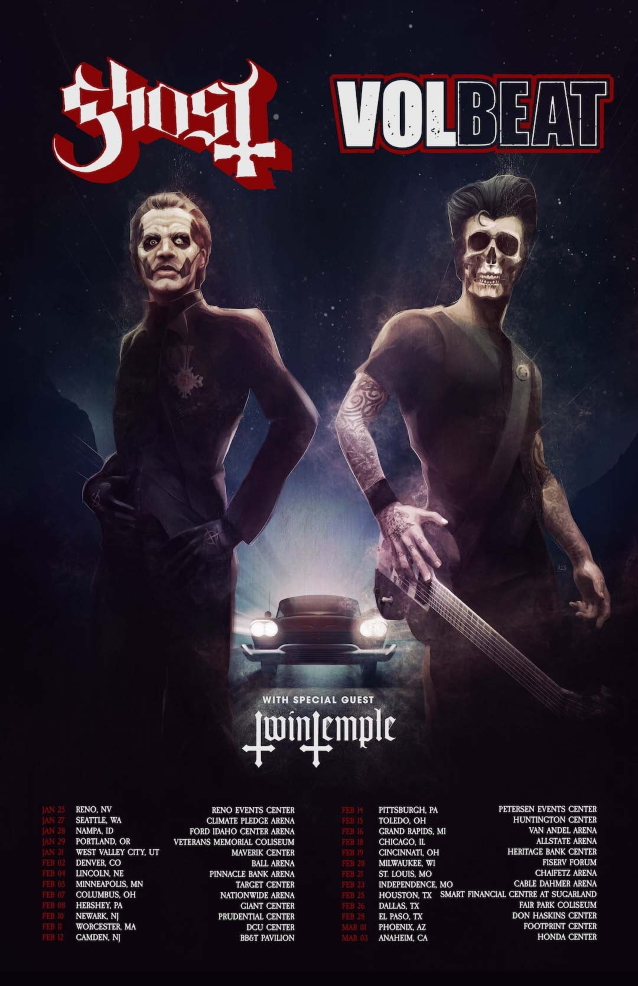