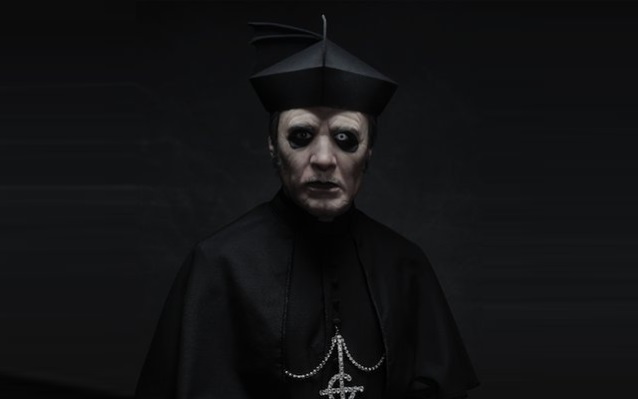 GHOST has unveiled the "new" Papa in a three-minute video clip titled "Introducing The Cardinal." In the clip, the band's "new" leader comes face-to-face with an aged Papa Emeritus Zero and Sister Imperator after arriving from behind a door, bathed in red light. The new Papa, who is named Cardinal Copia and apparently isn't a part of the Papa Emeritus bloodline at all, sports a thin mustache and has heterochromia iridum, a condition where the iris of one eye is a different color than the iris of the other eye.

The last Papa, Papa Emeritus III, was forcibly taken from the stage during the final show of the band's "Meliora" tour cycle last fall, with Papa Zero arriving to announce the beginning of "the Middle Ages." Of course, all the Papas — except the elder Zero — are the same man, GHOST founder and vocalist Tobias Forge.

Forge's new alter ego will make his live debut on May 5 as the Swedish band kicks off a run of North American dates in Riverside, California.

"Rats", the album's first single, is expected to arrive later this month. 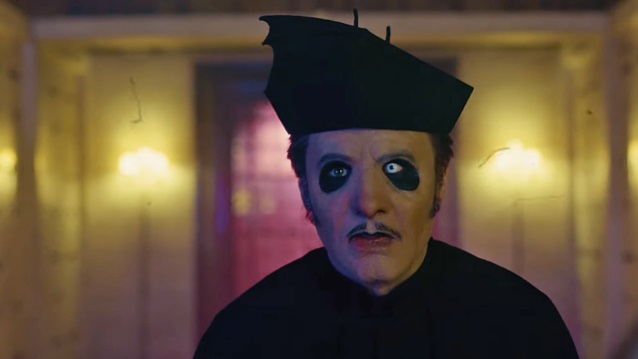