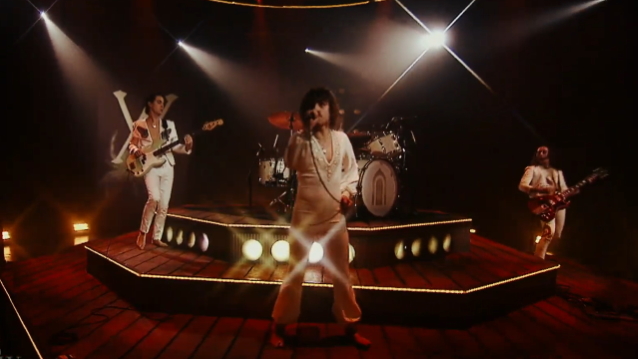 GRETA VAN FLEET performed its fifth consecutive Top 5 single, "My Way, Soon", on last night's (Tuesday, December 8) episode of "Late Show With Stephen Colbert". For the appearance, the Michigan rockers dressed in matching white jumpsuits and played the song in the round. Check out video below.

"My Way, Soon" is the first single from the band's second album, "The Battle At Garden's Gate", set for an April 16, 2021 release via Lava/Republic Records.