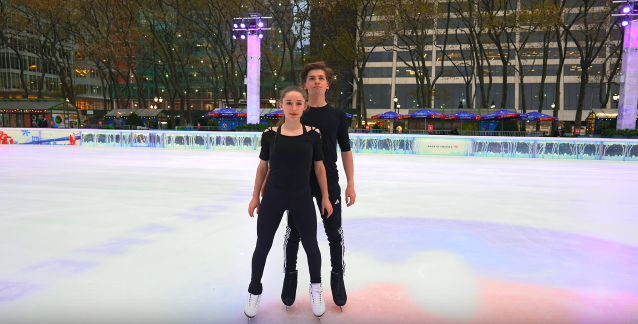 On Ice Perspectives has uploaded a video of Team USA ice dancers Oona and Gage Brown performing their free dance routine to the sounds of METALLICA's "Nothing Else Matters". The clip was filmed at 6:45 in the morning over the Thanksgiving holiday and features a medley of the original version of the song plus covers by Australian singer Marlisa Punzalan and the Colombian post-punk group LOS ÚLTIMOS ROMÁNTICOS.

Unlike figure skating, which allows both pairs and soloists in competition, ice dancing is for couples only.