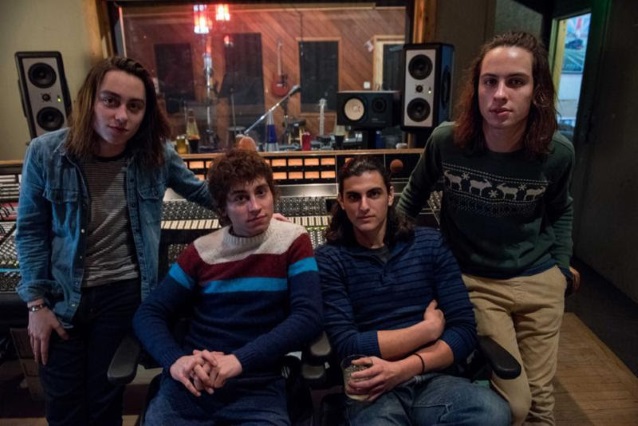 GRETA VAN FLEET will kick off its 2018 tour schedule at the Coachella Valley Music and Arts Festival on Friday, April 13. The band's itinerary will include a slew of other major outdoor music festivals as well as headline dates that will see them playing to larger-capacity venues and multiple nights in some cities. Five of the dates — Houston, Dallas, Nashville and two nights in Detroit — went on sale last week and all sold out in under 15 minutes. Tickets for GRETA VAN FLEET's headline dates for this leg go on sale to the public this Friday, January 26; log on to www.gretavanfleet.com for all ticket purchasing info.

"We love making music and we love playing shows, but we never expected anything like the attention we've been getting," said bassist Sam Kiszka. "We are truly humbled by the response we've gotten, and are very excited to get back on the road and play for our fans."

Prior to the tour, the Frankenmuth, Michigan-based GRETA VAN FLEET — 21-year old vocalist Josh Kiszka, brothers Jake (guitar, also 21) and Sam (bass, keys, 18),and longtime family friend Danny Wagner (drums, also 18) — is spending January and February recording its debut full-length album, anticipated to be released late spring/early summer (Lava/Republic). The album will be recorded in Nashville and Detroit and produced by Al Sutton and Marlon Young, the duo that helmed the band's critically acclaimed, chart-topping/breakout EP "Black Smoke Rising" and the follow-up "From The Fires" double EP. For the album, the band has an archive of songs written over the past few years as well as brand new material penned late last year when they spent a week in the Tennessee woods.

"Each of us has his own set of influences so that brings a great diversity to the music we make," said Jake. "Every one of our songs has its own unique complexities and we'd like for the full album to showcase that diversity, let people see what we can really do."

GRETA VAN FLEET rocketed to the top of the rock radio charts last year with "Highway Tune". The track is taken from the quartet's debut EP, "Black Smoke Rising", which came out last April. Their latest single is "Safari Song".