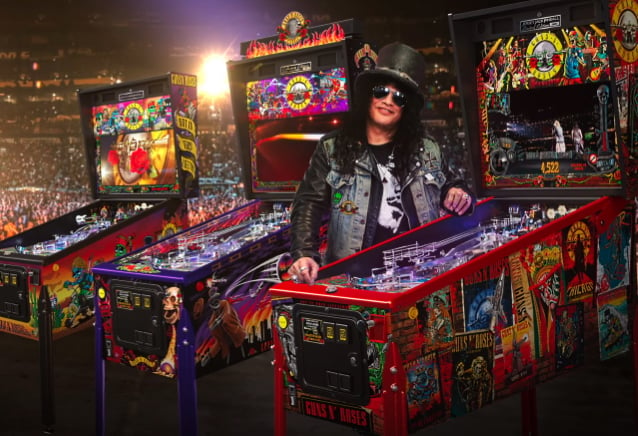 Meunier is widely known as the designer of one of the best-selling pinball games of all time, "Pirates Of The Caribbean", which currently sells for $5-7,000.00 over its original asking price. With the new game offering the greatest rock and roll experience under glass, super-fans will now have a chance to own a piece of highly collectible rock and roll memorabilia.

"It's been a very fulfilling experience working with Jersey Jack on the new GN'R 'Not In This Lifetime' pinball machine," says Slash. "Jersey Jack pinball games are some of the most unique and beautiful pins ever made and I am honored to have been able to work with their brilliant team to design one of the most original and exciting rock 'n' roll pins ever produced."

Adds Meunier: "To have this type of design work and participation from the game's namesake creating the actual pinball game, has never, ever, been done before in the industry."

A playable work of art, the GUNS N' ROSES pinball game merges the latest in sound, video, and design with groundbreaking new technology, elevating classic American pinball to an immersive, one-of-a-kind experience. The kinetic game brings together the band's powerhouse live performance, signature sound and wild stage elements, all from their colossal "Not In This Lifetime" world tour, which is now the third highest-grossing concert outing of all time. The concert experience brings the game alive with hundreds of interactive LED lights and multiple LCD displays, players rock out while 21, full-length studio master tracks from GUNS N' ROSES blast from the 120-watt, 2.1 stereo sound system, giving fans a front row seat to custom animations and hours of "Not In This Lifetime" tour footage. It takes roughly 1.5 million dollars to conceptualize and create a pinball game, gathering engineers, artisans, sculptors, programmers, as well as vendors to create all the wood, steel, and glass parts for the game.

The GUNS N' ROSES pinball game can be purchased directly through Jersey Jack Pinball as well as, local distributors and authorized dealers for Jersey Jack worldwide.

The GUNS N' ROSES "Not In This Lifetime" pinball game is available in three models, including the standard edition, a limited edition, and the collector's edition — which is limited to 500 units, is signed by Axl Rose, Slash and Duff McKagan and has exclusive features.

Full features on every GUNS N' ROSES pinball game include: 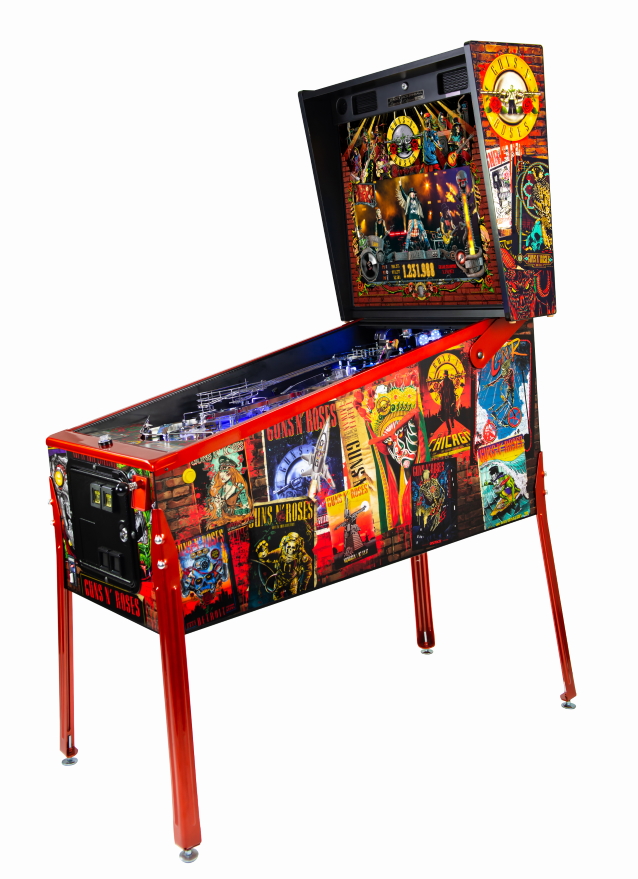 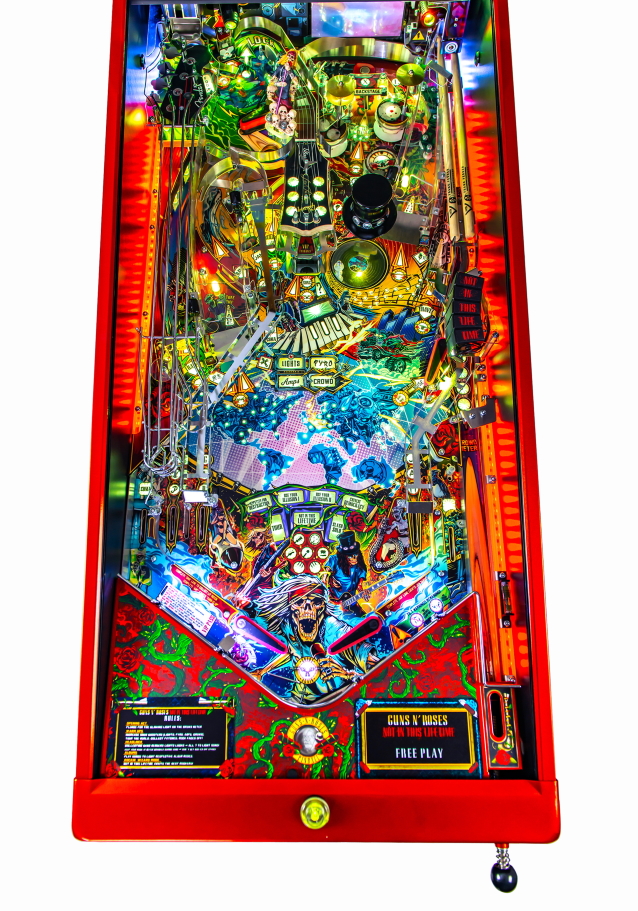 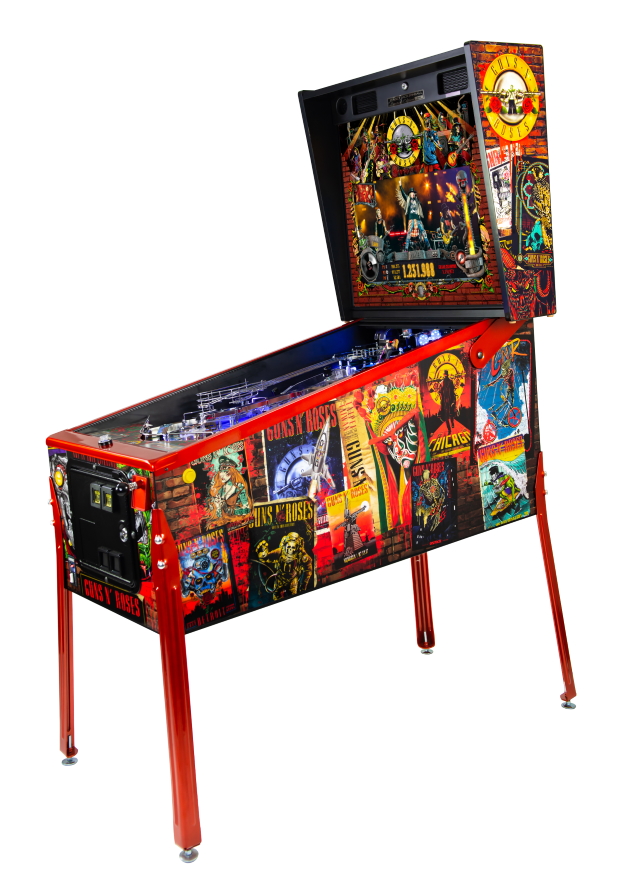