HATESPHERE was honored in the "Hard Rock" category at the annual Danish Music Awards (the Danish Grammy Awards equivalent). The 40th Danish Music Awards show was held earlier tonight (Saturday, February 23) at Tivoli in Copenhagen, Denmark and was broadcast live on MySpace.

The nominees in the "Hard Rock" category were as follows:

HATESPHERE is currently on the road in Europe with DISMEMBER and FALL OF SERENITY. Remaining dates on the tour — dubbed Europa Burns 2008 — are as follows:

HATESPHERE entered the national chart in Denmark at position No. 26 with the group's latest release, "Serpent Smiles and Killer Eyes". The CD was mixed by Tue Madsen at Antfarm studios in Århus, Denmark.

Watch HATESPHERE's video for the song "Drinking with the King of the Dead" (taken from "Serpent Smiles and Killer Eyes"): 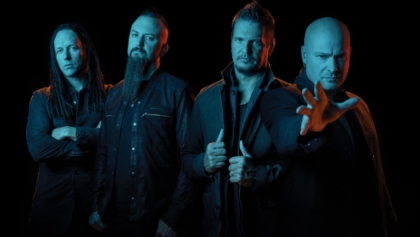