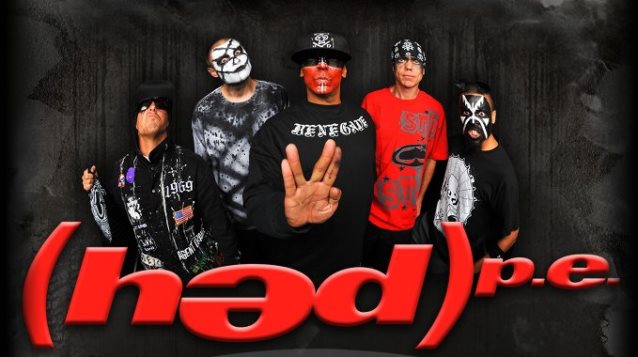 "Evolution" sees (HED)P.E. returning to its heavier roots that fans have come to admire over the band's lengthy career.

"(HED)P.E. is stoked to become part of the Pavement family," says the band in a statement. "They are the perfect record label to release our new album, 'Evolution'... 'cause it's heavy as F**K, and the label specializes in heavy music.

"I appreciate the fact that Pavement understands (HED)P.E.'s commitment to underground music and art, and I look forward to getting this album out... Very exciting times!"

(HED)P.E. has become the voice for a movement that empowers youth and reveals the seedy underbelly of our current political affairs.

The band's eighth studio album, "Truth Rising", debuted at No. 98 on the Billboard Top 200 and featured a guest appearance by SEVENDUST frontman Lajon Witherspoon.