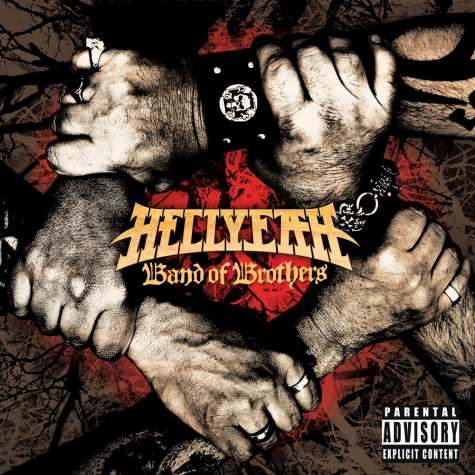 HELLYEAH was interviewed on this past Monday's (July 9) edition of the nationally syndicated radio show "Rockline" with host Bob Coburn. You can now listen to the program at RocklineRadio.com.

HELLYEAH's third album, "Band Of Brothers", is available for streaming in its entirety at AOL Music. Due on July 17 via HELLYEAH's new label home, Eleven Seven Music, the CD was recorded in Dallas, Texas at drummer Vinnie Paul Abbott's home studio, VP's Upstairs Studio, and was produced by the band and Jeremy Parker (GODSMACK, EVANESCENCE),who also served as engineer.