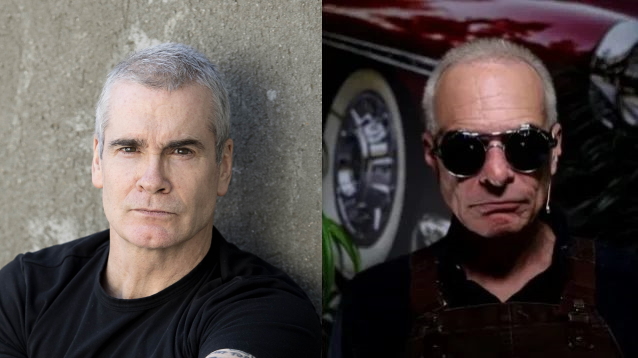 In a new interview with The Hype Magazine, punk rock icon Henry Rollins was asked about his involvement with VAN HALEN singer David Lee Roth's "Crazy From The Heat" 1997 autobiography. He said: "I worked with DLR closely on that project. At one point, he expressed interest in being onstage and telling stories from the book, I think. As I remember, I suggested that he have someone onstage with him to ask him questions that would prompt the stories. I think the record idea sprang from the fact that he did the book out loud on to tape. Almost 100 hours, which I have listened through three times.

"The man has a blazing intellect," Henry continued. "He is a multi-lingual, multi-disciplined self-starter. He is a voracious reader and student of history. Mark Twain meets Groucho Marx, who's also a black belt. That's DLR. The book came out and did really well. It's a great read and only a fraction of what he put on tape. He's had an eventful life."

This past January, Roth canceled the remaining farewell concerts he was set to play at the House Of Blues at Mandalay Bay in Las Vegas, Nevada.

In a statement, event organizers said the cancelations were made "due to unforeseen circumstances related to COVID and out of an abundance of caution for those working and attending the shows."