For more information and to listen to the program live via the Internet, go to this location.

Atkins is the co-writer of several PRIEST songs which are included on the band's first two albums, "Rocka Rolla' and "Sad Wings of Destiny", both of which eventually went gold. Atkins co-penned the heavy metal classic "Victim of Changes" which was a combination of Rob Halford's song "Red Light Lady" and Atkins' own "Whiskey Woman". He also co-wrote "Winter", "Never Satisfied", "Dreamer Deceiver" and "Caviar and Meths".

In 1989 Atkins released his debut solo album "Judgement Day" to great acclaim. But it was "Heavy Thoughts" and "Victim of Changes" (the latter being his collaborative album with ex-JUDAS PRIEST drummer Dave Holland) that brought him strong sales and critical acclaim around the world. Recently Atkins has formed THE HOLY RAGE and has shared the bill with ex-RAINBOW singer Graham Bonnet in California. 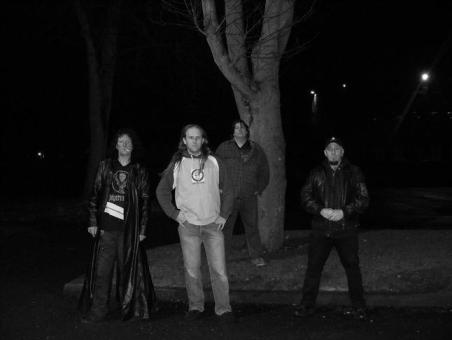