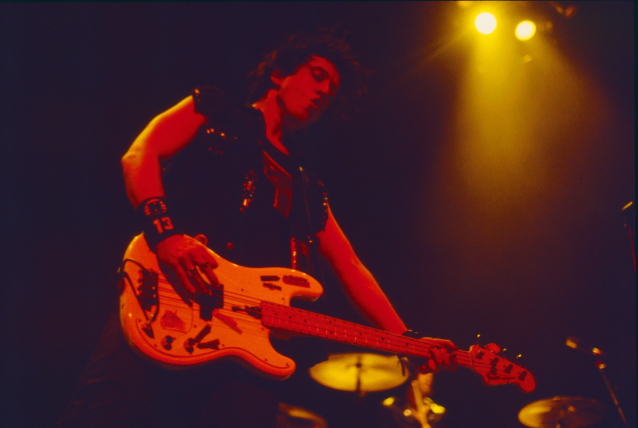 Howie Pyro died peacefully on May 4 from complications due to COVID-19-related pneumonia, following a liver transplant and long battle with liver disease. The beloved and influential bassist, DJ scene-maker and troublemaker, devoted his life to everything weird, wonderful and wild in music. He was 61 years old.

Pyro started out in the 1970s at Max's Kansas City and CBGB as founder of the first underage punk band, THE BLESSED, and was a member of FREAKS, THE CHELSEA SMILES, D GENERATION and DANZIG. He co-founded the Greendoor Party in New York City, the infamous club Coney Island High, and was a member of the Blacklips Performance Cult. He collaborated with Johnny Thunders, Ronnie Spector, RANCID, Joey Ramone, GENESIS P-ORRIDGE, MISFITS, Debbie Harry, Kid Congo Powers, Ed "Big Daddy" Roth, Jayne County and Alan Vega.

A world-renowned DJ, Pyro hosted the groundbreaking show, "Intoxica! Radio", an infectious two hours of primitive 45 RPM records from the deep underbelly of the original rock and roll era.

He is survived by his sister Robin Hartmann, Rory and Leah Hartmann, former wife Andrea Kusten Matthews, and many cousins.

In honor of Howie, please consider donating to the UCLA Division of Liver and Pancreas Transplantation.

Pyro will be laid to rest at Hollywood Forever Cemetery. In the near future, there will be a big celebration of his life.