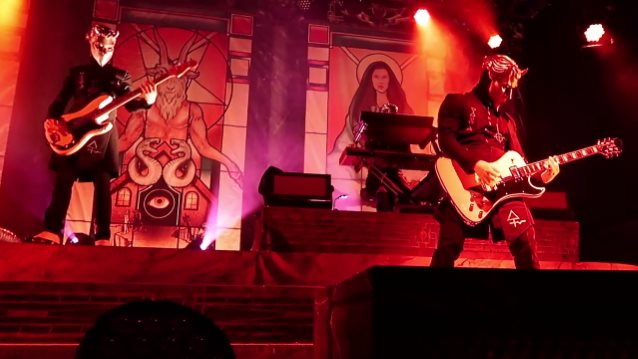 Zac Baird, the American musician best known for his collaboration with KORN, is rumored to be the new keyboard player for GHOST.

Baird has been posting hints on his official Twitter account about his involvement with a new, mystery band. In addition to revealing that last night (Friday, March 24) marked his first show with this new outfit, he tweeted this not-so-suble hint earlier in the day about the identity of his new group: "I've spent 90% of my life in costume."

After a fan told Baird in a tweet on March 14 that she was looking forward to seeing Baird with KORN in Buenos Aires, Argentina, Zac responded, "Will not be there with KORN, but stopping there with someone else," possibly referring to GHOST's May 6 appearance in the city at the Maximum Festival.

Baird, who has been touring with KORN for more than a decade, is one of several musicians who are believed to have joined GHOST for the band's current tour following the dismissal of the entire backing group that previously toured in support of 2015's "Meliora" album and last year's "Popestar" EP.

Since none of the musicians in the band are ever identified, personnel changes in the group have gone unannounced. It is believed, however, that the lineup has changed a few times over the years.

Earlier this month, Swedish musician Martin Persner released a two-minute video message in which he claimed to have played guitar for GHOST for seven years under the name Omega or Quintessence. He also revealed that he exited the band last July, although he did not disclose the reasons for his departure. 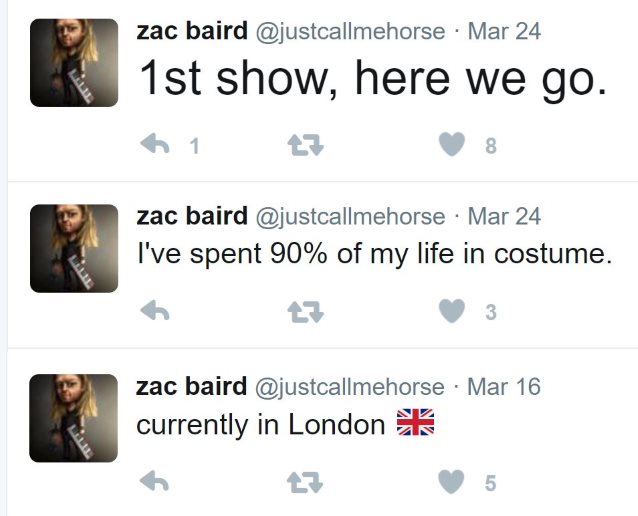 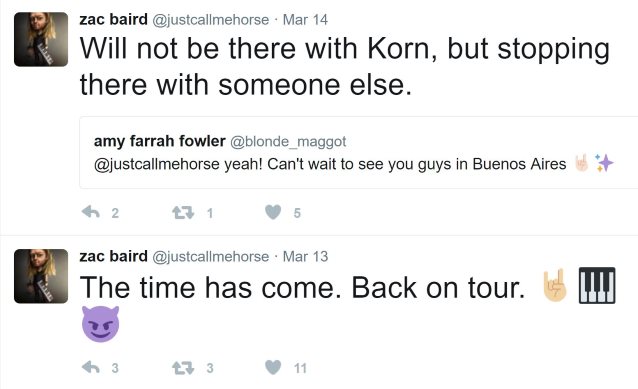