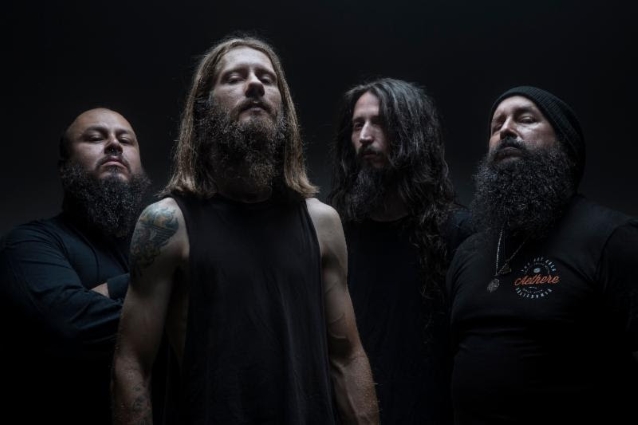 INCITE, the Phoenix, Arizona-based band fronted by SOULFLY mainman Max Cavalera's stepson Richie Cavalera, will release its fifth full-length album, "Built To Destroy", on January 25 via Minus Head Records. Produced by Steve Evetts (THE DILLINGER ESCAPE PLAN, SUICIDE SILENCE) and mastered by Chris "Zeuss" Harris (ROB ZOMBIE, HATEBREED),the disc is a visceral, urgent, voracious distillation of modern metal with reverence for the past, and boasts a progressed, matured sound for INCITE.

Today, INCITE follows up on the release of their previous two singles, "Ruthless Ways" and "Built to Destroy", with a new track, titled "Poisoned By Power". The song features guest vocal contributions from Chris Barnes of SIX FEET UNDER.

Richie says: "We're pumped to give the metalheads another taste of what this album is all about — pure heavy metal! We're honored to have Chris Barnes of SIX FEET UNDER throw down his brutal pipes as a special guest on this track. This song is about powerful people screwing over the rest of us. It's heavy, it's got a killer breakdown and will definitely start the pit!"

Barnes stated in a recent tweet: "Be sure to pick up the new INCITE album! Got brutal on 'Poisoned By Power'. Killer fucking band and great friends."

INCITE will kick off its massive North American tour with headliners SOULFLY and direct support artist KATAKLYSM on January 25. The trek will visit several cities across North America, coming to an end on March 1 in Window Rock, Arzona. The tour will feature additional support from CHAOSEUM, ALUKAH and SKINFLINT on select dates.

Nearly 15 years into a career in which everything they've accomplished was earned and nothing was taken for granted, "Built To Destroy" lands as a jaw-dropping showcase for INCITE. Richie Cavalera delivers stark examinations of a shattered psyche, through guttural snarls, with vivid dynamics and power. There's a harmonious discordance with the near-deathcore pummel of fluid bassist "EL" and powerhouse drum basher Lennon Lopez, who both worship at the altar of groove. Peppering the album with more solos than ever before, guitarist and principal songwriter Dru Rome truly shines. Rome's lead guitar work recalls the glory of "Arise"-era SEPULTURA, harnessing a stadium-worthy energy, drawing upon his dual experience as a trained violinist. Kirk Windstein (CROWBAR) also guests on the album. 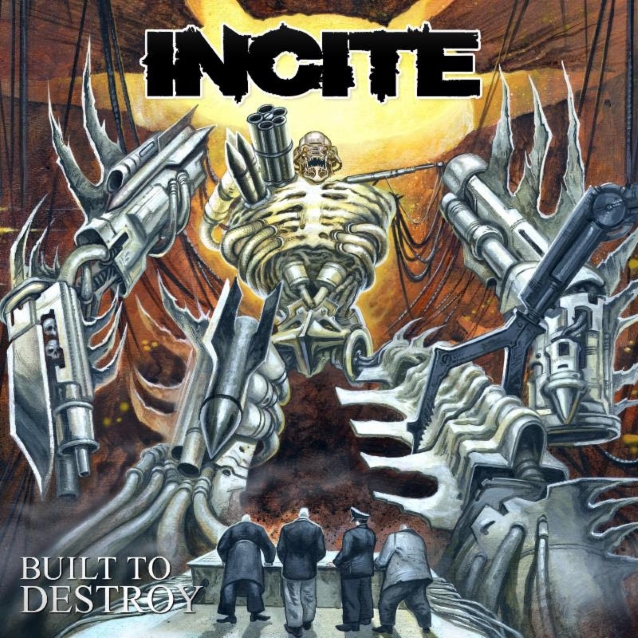