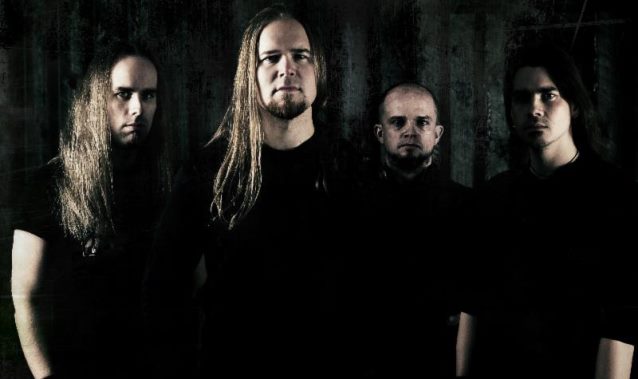 Finnish melodic death metallers INSOMNIUM have released the first song, "Ephemeral", off their forthcoming album, to be released in 2014 via Century Media Records. The first track to feature new guitarist Markus Vanhala (also in OMNIUM GATHERUM),who replaced Ville Vänni in 2011, "Ephemeral" will be made available digitally in Europe on September 23 and will be accompanied by three bonus tracks — acoustic songs that can be heard in the background of the recently released INSOMNIUM documentary.

Comments the band: "After the success of our last single, 'Weather The Storm', we decided that it would be a good idea to record some new material this summer before releasing the actual new full-length album. This was also a good opportunity to explore different studios and work with different people. Just to explore our sound a bit more in terms of production.

"And here we are finally; happy to introduce you our new single, 'Ephemeral'.

"The drums recorded by Kimmo Perkkiö at SF Sound (Finland). Everything else recorded by Teemu Aalto at Korkeakoski Studios, Kotka (Finland). The song was mixed and mastered by André Alvinzi and Jens Bogren, respectively, at Fascination Street Studios in Sweden.

"It was nice challenge to work on the instrumental side of INSOMNIUM and come up with music that has more cinematic edge to it. Hope you enjoy it as much as we do."