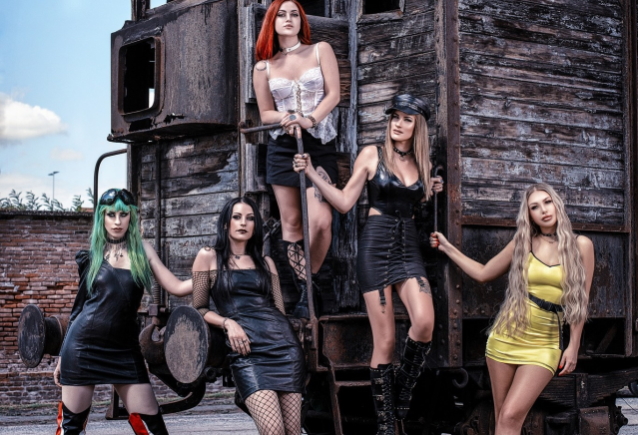 Is This The Heavy Metal Version Of SPICE GIRLS? Introducing VENUS 5

VENUS 5 is composed of five singers: Italy's Greta Di Iacovo (a.k.a. Herma; also of SICK N' BEAUTIFUL, another Frontiers recording artist),Slovenia's Karmen Klinc, Serbia's Jelena Milovanovic, Sweden's Tezzi Persson (also of INFINITE & DIVINE, another Frontiers recording artist) and Albania's Erina Seitllari. Each vocalist is an outstanding singer in her own right, so the combination of the five together produces stunning results.

Born from an idea dreamed up by Serafino Perugino, Frontiers president and head of A&R, VENUS 5 is primed to be one of the most fresh and exciting new musical prospects to emerge from the European rock and metal scene in recent years. Assembling the vocalists and musicians required a tremendous amount of time and energy as the right talent had to be in place to work together cohesively and with true chemistry. After all, this many lead singers in one band is a daunting task, but the end result is that five outstanding vocal stars in the making were brought together from different musical environments with the vision of creating a monster album.

Of course, many people will see five women and instantly make references to this being a "metal version" of pop projects, but please make no mistake, the vocal talents of the singers and the music is front and center. Musically, the songs are a team effort by producer Aldo Lonobile (SECRET SPHERE, TIMO TOLKKI'S AVALON, SWEET OBLIVION) and his team of writers, including Jake E. (CYRHA, ex-AMARANTHE) who co-produced the vocals, Stefan Helleblad (WITHIN TEMPTATION, who also plays guitars on the album),and Per Aldeheim (DEF LEPPARD, H.E.A.T., STANFOUR).

Karmen said: "Recording this album was one of the best experiences for me. The whole team got along so well, everyone was very professional and relaxed at the same time. With the girls, we basically became like sisters and I think that's the kind of energy you can also feel on the album. I think the album is a true masterpiece, and everyone can find something for their taste on it. It's very powerful, emotional, energetic, joyful and motivational. It has something that really moves you in any possible way. After all, isn't that what music's all about?"

Herma stated: "At the beginning, when we spoke about the VENUS 5 project, one thing that we aimed for was to respect and enhance each girl's personality. This was something that once we met, was undeniably impossible to avoid - you can feel each of our energy in the songs and in the videos and I personally think that this is the most interesting fact about the band. There are so many shades of color in this album — and not only in our hairstyles, as some of you might joke about! ;)"

Tezzi said: "I was quite nervous going to Italy to meet up with the rest of the girls, but that feeling vanished instantly when we met. Everything just felt so natural and easy and they truly are a fantastic group of girls. We bonded immediately. The songs have a "popish" metal vibe to it with melodies that get stuck in your head. I'm really happy about this album."

Jelena said: "It's been an amazing experience getting to be a part of this thing. Us five, we saw each other and the connection was instant, the respect was instant. Everybody was so talented and genuine, crazy! I feel like the vibe you get from this album is different and probably heavier than you expect, so give it a play, be surprised!"

Erina stated: "Being part of the band is totally awesome! Since the first moment we met, I felt a spark with each one of the girls! The album sounds great. It's rock n' roll dude!" 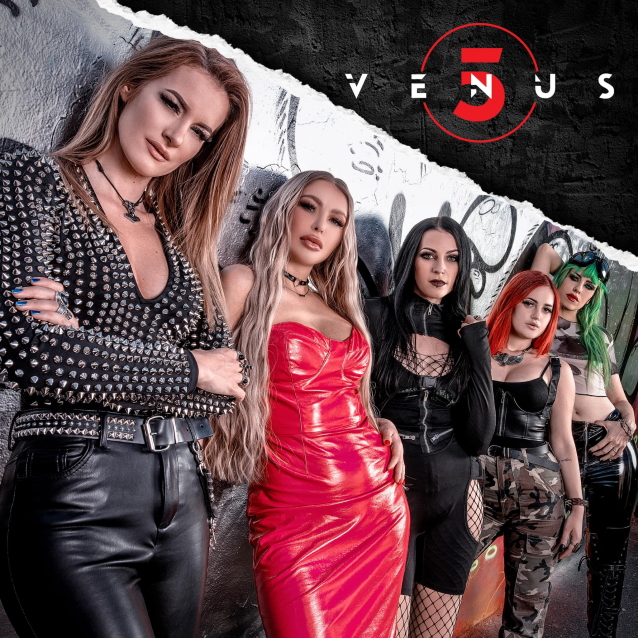 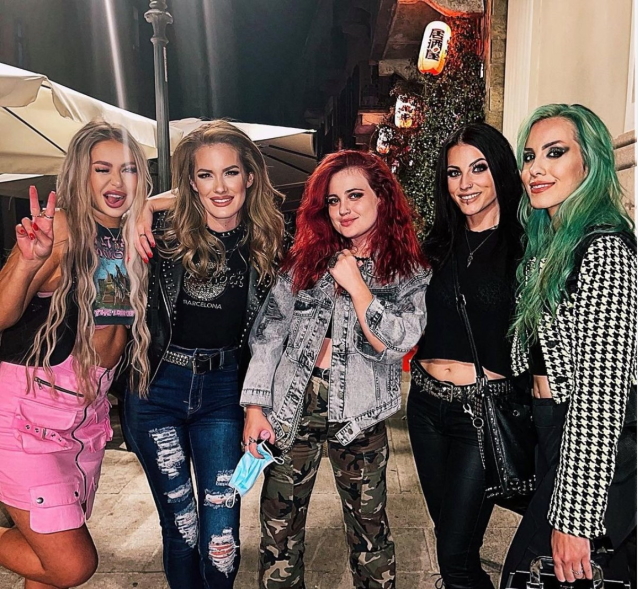 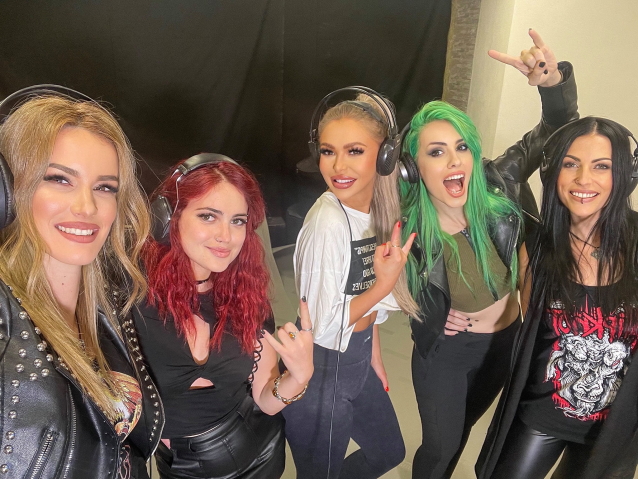 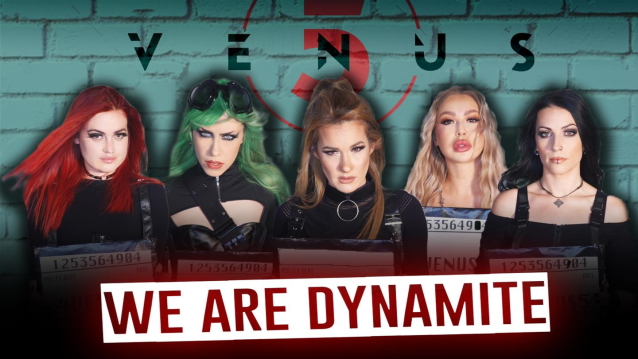 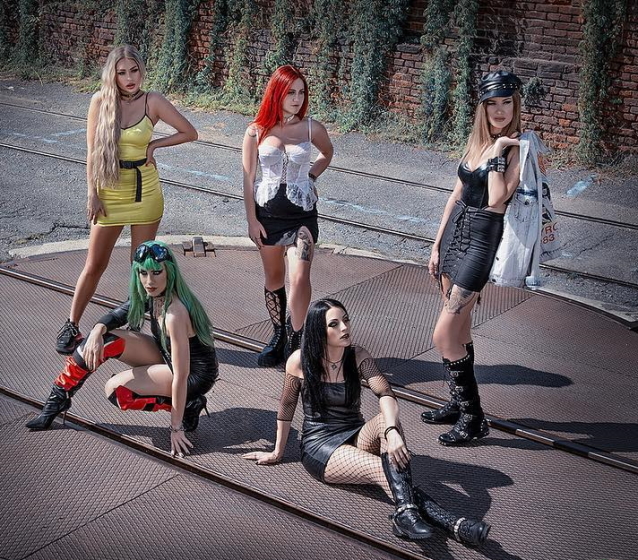 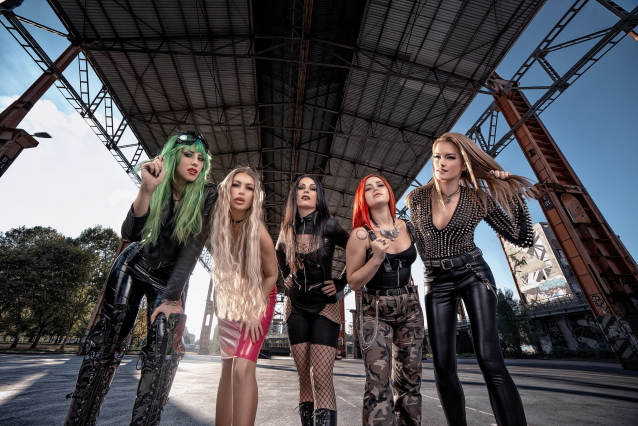