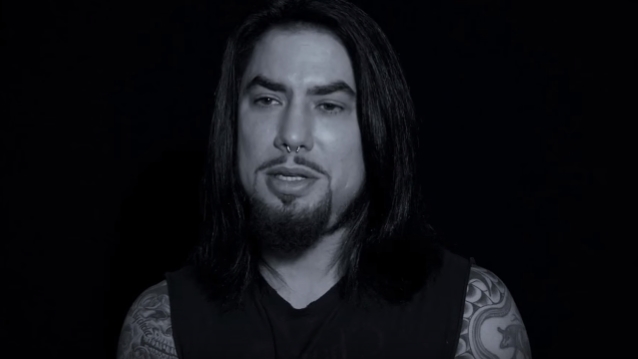 The author and spiritual adviser is one of six female candidates vying for the 2020 Democratic presidential nomination. The 66-year-old self-help guru and consultant to Oprah Winfrey and other celebrities supports universal health care, wants to address the core causes of chronic disease, opposes a border wall and has said we must bring down the "walls in our hearts."

Last month, Williamson concluded her performance in Democratic debates by accusing President Donald Trump of "harnessing fear for political purposes" and said that she would beat him by "harnessing love."

Earlier today, Navarro shared a photo of a "street piece" in honor of Williamson, whom he called "my candidate this year." He added in an accompanying message: "This year, I am only voting with my heart and for who I see as a revolutionary thinker and leader in politics. While everyone else on that stage was learning to debate and raise funds and campaign and manipulate their way through DC, @mariannewilliamson was working with people who were suffering and bringing joy to their lives. Somehow it seems obvious to me. I'm not thinking about a four year game I'm thinking about a long game for humanity! #marianne2020 #mariannewilliamson2020 #mariannewilliamson"

Back in 2016, Navarro said during an appearance on the Fox Business network that he did not fit into America's two-party political system and that he identified as a libertarian. "Primarily because I found that there were two paths that I was looking at, and I didn't really fit into either one of those paths, and so I needed an alternative, because my political viewpoint takes a cue from different parties and different schools of thought," he explained. "And not all of one applies to me. And I think that there's a lot of people that that's true for."

Williamson drew ridicule online after she criticized the American healthcare system and argued that Trump won the presidency in 2016 with his "Make America Great Again" slogan. "We have a sickness-care system in the United States," she said during round two of the first Democratic Presidential debate. "We just wait until somebody gets sick and then we talk about who's going to pay for the treatment and how they're gonna be treated. We need to talk about why so many Americans have unnecessary chronic illnesses, so many more compared to other countries."