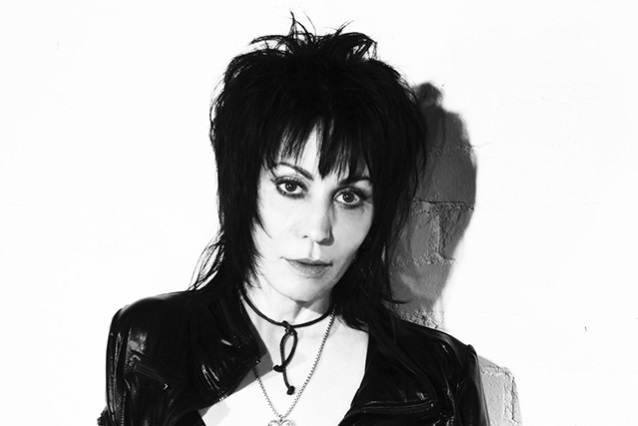 The film, which premiered last month at the Sundance Film Festival, will receive a theatrical release later this year.

Directed by Kevin Kerslake and written by Joel Marcus, "Bad Reputation" is described as "a look at the life of Joan Jett, from her early years as the founder of THE RUNAWAYS and first meeting with [manager/producer] Kenny Laguna in 1980 to her enduring presence in pop culture as a rock 'n' roll pioneer."

"Joan Jett has a pure rock and roll heart and her influence, both musically and as a role model to a generation, has been profound," Magnolia president Eamonn Bowles said in a statement. "Kevin's film beautifully realizes her journey."

Kerslake added: "It's so rewarding to have a film about an independent spirit like Joan Jett to be picked up by Magnolia, which has such a remarkable history of releasing challenging films and supporting independent efforts."

"Bad Reputation" was solely financed by music company BMG, whose executive Justus Haerder said: "We are incredibly excited and proud [of 'Bad Reputation']. Joan Jett is an American icon and Kevin Kerslake has created a superb documentary which really captures her story."

In 2015, Joan and her longtime backing band THE BLACKHEARTS were inducted into the Rock And Roll Hall Of Fame.