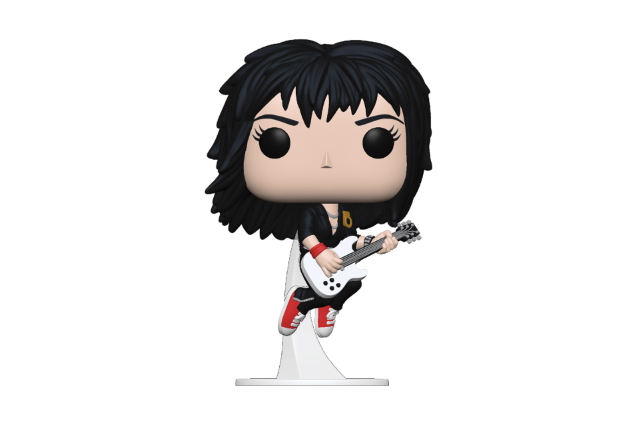 Pop! Joan Jett is about to drop a "bomb" on your music collection with her greatest hits and iconic look. Commemorate the classic rock legend as a Pop! in your music lineup today. Due in April 2022, the vinyl figure is approximately 4.5 inches tall and is available for pre-order from Walmart.