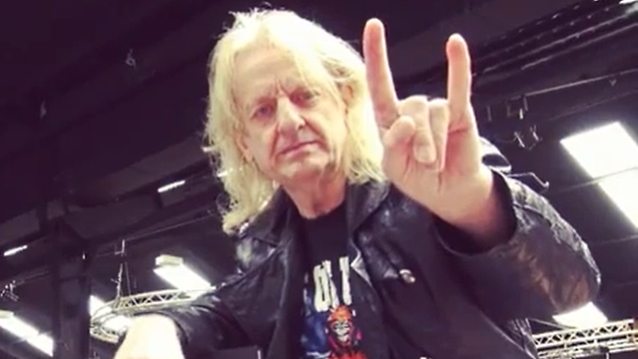 Founding JUDAS PRIEST guitarist K.K. Downing has paid tribute to the band's former drummer John Hinch, who died on Thursday, April 29 at the age of 73.

Downing said in a statement: "I am extremely saddened to hear that John has passed away as he played his part so well in the creation and the history of JUDAS PRIEST.

"There are so many memories of crazy and fun times we all shared together.

"John was always so dependable and did everything to the best of his ability, including his drumming which looking back can only be described as faultless. The fact that he continued to play to his very last day is testimony to his ability and dedication to his love of the drums.

"I wish to give my sincere condolences to John's family and loved ones from myself and all of you forever.

Hinch played in several Birmingham, U.K. rock bands, including THE PINCH, THE GENERATION, and THE BAKERLOO BLUES LINE, later BAKERLOO. With singer Rob Halford, he played in the band HIROSHIMA from 1972 to 1973.

In May 1973, Downing and bassist Ian Hill, the founding members of JUDAS PRIEST, were looking for other musicians to complete the lineup for their band, vocalist Alan Atkins and various temporary drummers having left to pursue other musical projects. They approached Halford and Hinch after they saw them playing live with HIROSHIMA. Glenn Tipton joined as second guitarist, and in 1974, they recorded PRIEST's debut album, "Rocka Rolla".