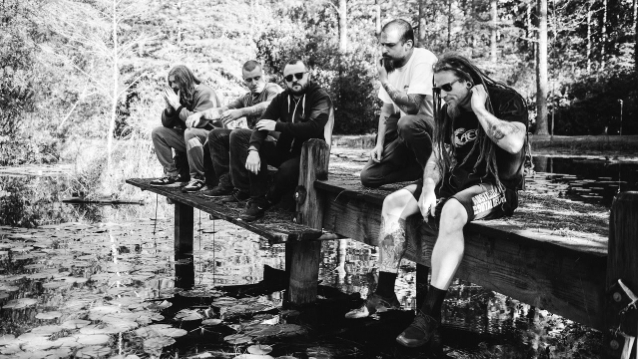 Australian thrash/grind/punk misfits KING PARROT, who recently announced their new EP "Holed Up In The Liar", have re-emerged with a brand new single, "Nor Is Yours", featuring Philip Anselmo (PANTERA, DOWN) on guest vocals. This is the second installment to be revealed prior to the EP's release date of October 9 via Agonia Records in Europe. Housecore Records will release the EP in North America and Dead Set Recordings in Australia.

Matt Young of KING PARROT has this to say about the new track: "When we came up with this song, it was distinctly different to anything we had written previously on any of our records. It has an up-tempo groove that reminded me of an AC/DC riff if it was played by a grind or hardcore band. My head was busy trying to write lyrics for the other tracks, and this one through me a curve ball. Luckily, we had our ol' mate and one of the most prolific heavy metal vocalists of all time, Phil Anselmo, lounging around in the studio. He accepted the challenge to write and direct the lyrics and also add some vocals in for good measure. We hope you enjoy it as much as we did writing and recording it."

Appreciated for their unique blend of thrashy, punked out grindcore that spawned nominations for Metal Hammer Golden Gods and ARIA awards, the five-piece returns with a blistering material of four tracks. The EP was recorded with engineer Steve "Big Fella" Berrigan (DOWN, EYEHATEGOD) at Nodferatu's Lair (Louisiana, USA) with the simple attitude of: "Four days, four tracks, write em', record em' and be done with it…". The band explains more: "Usually KING PARROT always try to write music together in the same room, but that just hasn't been possible for us because of the lockdown. We were planning on re-working these tracks for a new album eventually, but when all the restrictions came about, we thought why not get these tracks out there as a special limited-edition seven-inch release? We think KING PARROT fans will be happy with these tracks: it's rude, loud, fast and grimey and we poured our heart and soul into them; there's no doubting its unabashedly KP!" 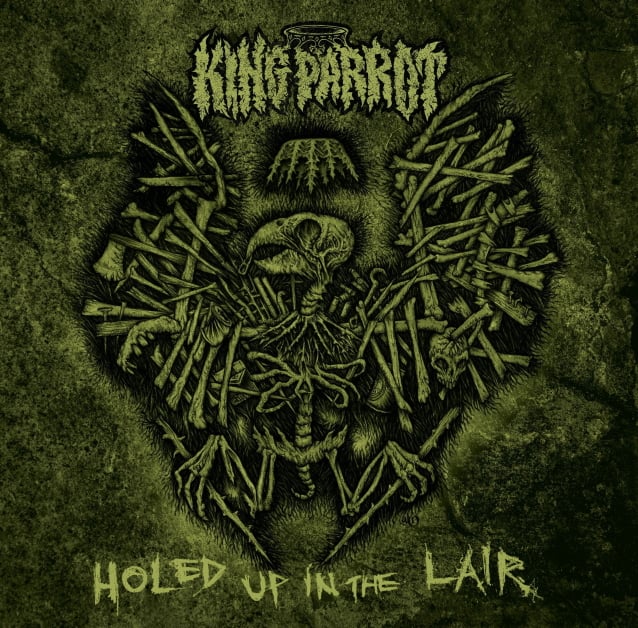