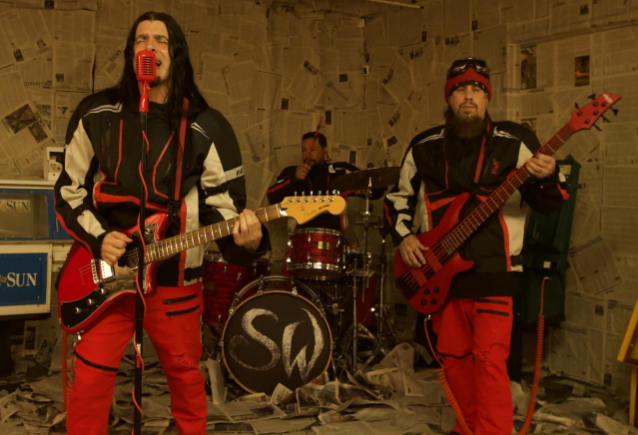 STILLWELL, the band featuring KORN bassist Reginald "Fieldy" Arvizu, vocalist/guitarist Anthony "Q-Unique" Quiles and P.O.D. drummer Noah "Wuv" Bernardo, has released the official music video for its new single, "Can't Stop Now". The track marks STILLWELL's first new music since the release of the group's third album, "Supernatural Miracle", which came out in September 2020. The follow-up to STILLWELL's past albums — "Raise It Up" (2015) and "Dirtbag" (2011) — was described in a press release as "the culmination of years' worth" of the individual members "finding their voice."

Earlier this month, Fieldy issued a statement saying that STILLWELL "has nothing to do with KORN". On September 6),he wrote on his social media: "Some clarity about STILLWELL. I've been doing STILLWELL for about 16 years, this isn't something new, although to some of you it is, that's cool. Along with my bros Wuv (POD) and Q (ARSONISTS, RADAMUS),we've put out 3 albums, we're about to drop our 4th.