Wymer Publishing has set a July 9 release date for "Korn: Follow The Leader".

In 1994, KORN's self‐titled debut album marked the band's arrival. It was dark and brash and it demanded attention, as did KORN's second album in 1996, "Life Is Peachy". Good going for a new band, but in 1998, "Follow The Leader" saw KORN's success and notoriety accelerate exponentially. With constant demand for the singles, "Got The Life" and "Freak On A Leash" on MTV, KORN exceeded its own expectations. For both the band and their fans, this was the start of something exciting, albeit turbulent.

In this book, author Laura Shenton offers an in‐depth perspective on "Follow The Leader" from a range of angles, including how the album came to be, how it was presented and received at the time (live as well as on record),and what it means in terms of KORN's legacy today.

Singer Jonathan Davis told Noisey about the recording of the 1998 LP: "Making that record almost killed me. Our booze and alcohol budget... like, we spent $60,000 on alcohol to make that record. Last record of me getting fucked up, and it was insane."

Davis recalled that the album was the band's first without producer Ross Robinson, who had produced KORN's first two records. Davis explained: "It was time for us to do different types of songs. And it paid off, man. It worked."

In September 2018, KORN played three very special shows in celebration of the 20th anniversary of "Follow The Leader": in San Francisco, Los Angeles and Las Vegas. 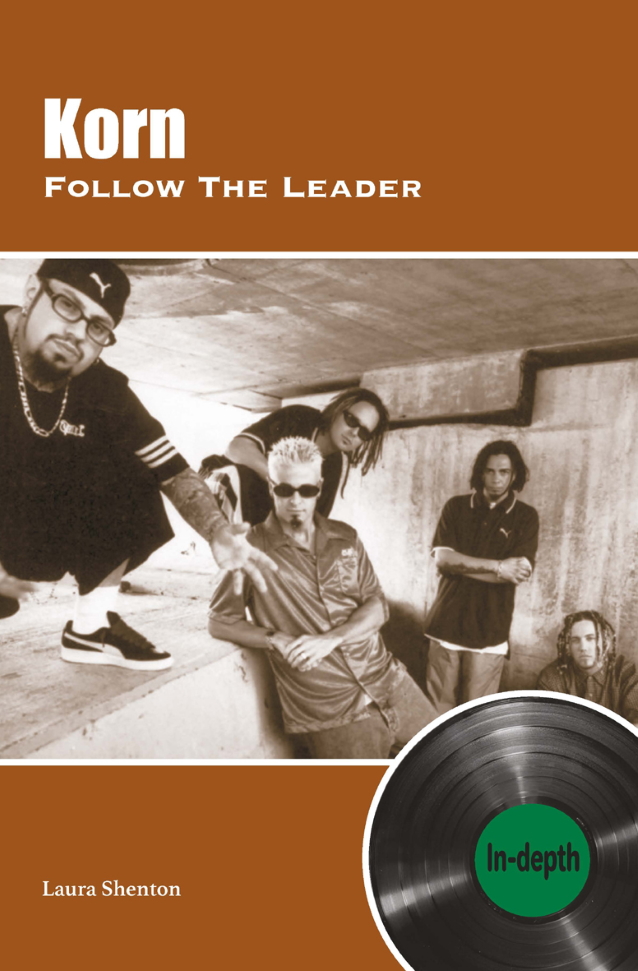