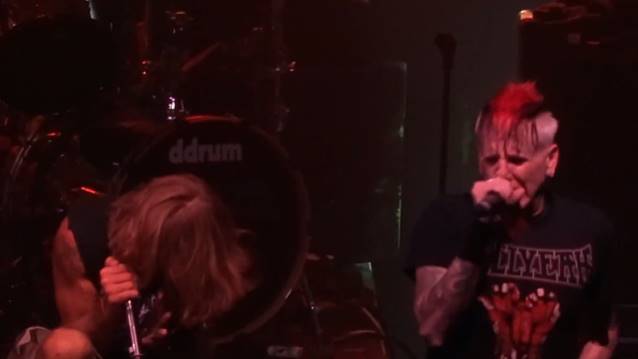 LAMB OF GOD frontman Randy Blythe joined HELLYEAH on stage on Friday, June 27 at Ziggy's By The Sea in Wilmington, North Carolina to perform the song "Hellyeah". Fan-filmed video footage of his appearance can be seen below.

June 27 marked the second anniversary of Blythe's arrest on manslaughter charges in the Czech Republic. The singer was detained at the Prague airport on June 27, 2012 and was accused of shoving a local fan off the stage during LAMB OF GOD's May 2010 concert in the city. The man, who is said to have stormed the stage three times during the show, reportedly suffered a brain hemorrhage that resulted in his death nearly a month later. Blythe was eventually acquitted of all charges after a panel of Czech judges ruled that concert promoters — and not Blythe — were largely to blame for the fan's death.

A number of rockers came to Randy's defense, with many of them citing the 2004 shooting death onstage of PANTERA guitarist — and brother of HELLYEAH drummer Vinnie Paul Abbott — "Dimebag" Darrell Abbott as the reason why musicians are so defensive nowadays about fans invading the stage.

HELLYEAH's fourth studio album, "Blood For Blood", sold around 17,000 copies in the United States in its first week of release to land at position No. 18 on The Billboard 200 chart. The record arrived in stores on June 10 via Eleven Seven.

"Blood For Blood" was helmed by producer Kevin Churko at his The Hideout Recording Studio in Las Vegas, Nevada. Churko is the Canadian musician, sound engineer, songwriter and record producer who has previously worked with OZZY OSBOURNE, FIVE FINGER DEATH PUNCH and IN THIS MOMENT, among other acts. 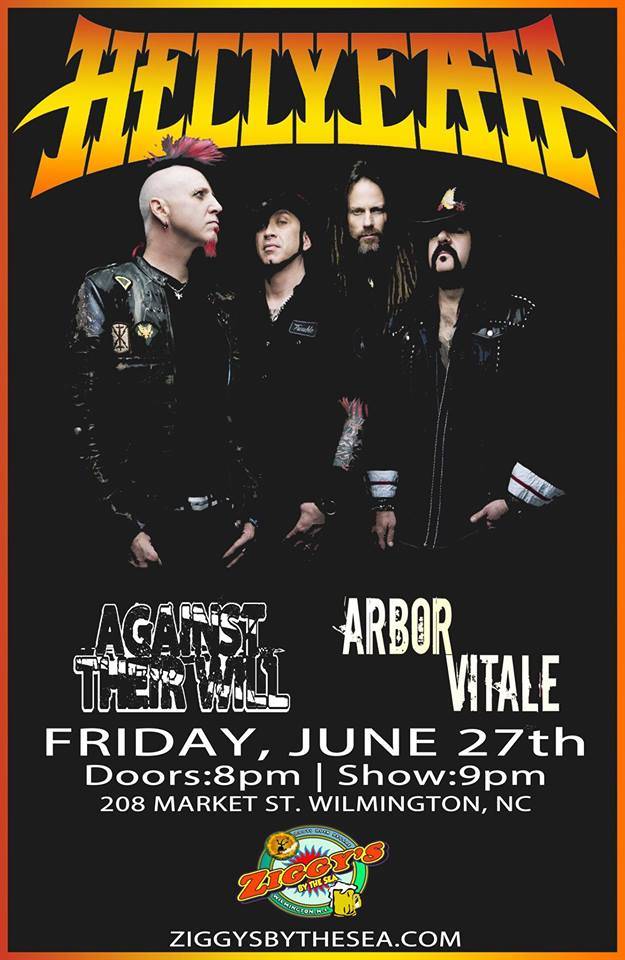