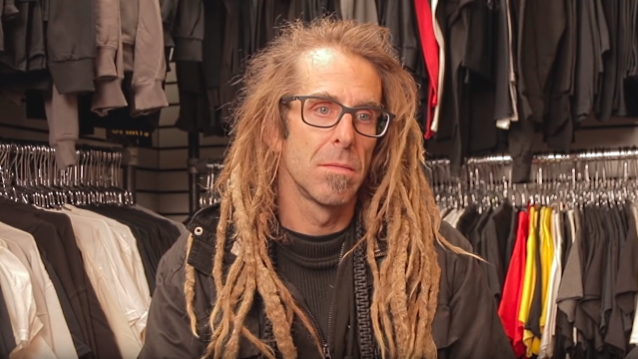 LAMB OF GOD's RANDY BLYTHE: 'No One Will Ever Take SLAYER's Place'

LAMB OF GOD singer Randy Blythe has dismissed suggestions that his band is the natural successor to the thrash metal throne previously occupied by SLAYER.

Ever since SLAYER completed its final tour last November, there has talk about which younger act is best equipped to follow in the legendary Californian act's footsteps, with LAMB OF GOD mentioned by some as the most likely candidate.

Asked in a new interview with Metal Injection how he feels about LAMB OF GOD being linked to SLAYER in that way, Blythe said (see video below): "I've heard that from other people. We were the main support for every leg of their final tour except for the last one. I mean, we did, like, four legs or something — we went everywhere. And it's, like, [people have said] 'They're passing the torch. They're handing you the crown.' And it's, like, there was no secret ceremony where we all sat down and [SLAYER guitarist] Kerry King was, like, 'I give you the place of SLAYER. Here's the SLAYER throne. Here's the keys to all our unholy wonders in our secret SLAYER vault.' There was none of that.

LAMB OF GOD's self-titled album will be released on May 8 via Epic Records. The follow-up to "VII: Sturm Und Drang" marks LAMB OF GOD's first recordings with Art Cruz, who joined the band last July as the replacement for the group's founding drummer, Chris Adler.