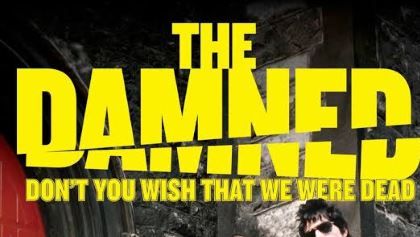 Titled "The Damned: Don't You Wish That We Were Dead", the film tells the story of the often-overlooked band, which was the first English punk group to release a single (1976's "New Rose") and album (1977's "Damned Damned Damned"),and the first to cross the Atlantic, playing such hallowed halls as CBGB on their first American tour.

The authorized film, which is coming to theaters in the U.S. and U.K. this summer, features such DAMNED peers as Mick Jones (THE CLASH),Steve Diggle (THE BUZZCOCKS),Nick Mason (PINK FLOYD),Ian MacKaye (MINOR THREAT, FUGAZI),Jello Biafra (DEAD KENNEDYS),Glen Matlock (SEX PISTOLS) and Dexter Holland (THE OFFSPRING).

"The Damned: Don't You Wish That We Were Dead" charts the band's unique history and bitter infighting; it captures the band in the midst of a 35th anniversary tour in 2011 which estranged former members Rat Scabies and Brian James answered with their own anniversary tour. Meanwhile, other former members reunite in the unlikeliest of places — a cancer ward; elsewhere, members of DEAD KENNEDYS, CIRCLE JERKS, MELVINS and T.S.O.L. detail THE DAMNED's role in setting fire to the dinosaur rock of the 1970s while sparking the punk movement in America.

Watch a trailer for the film below. 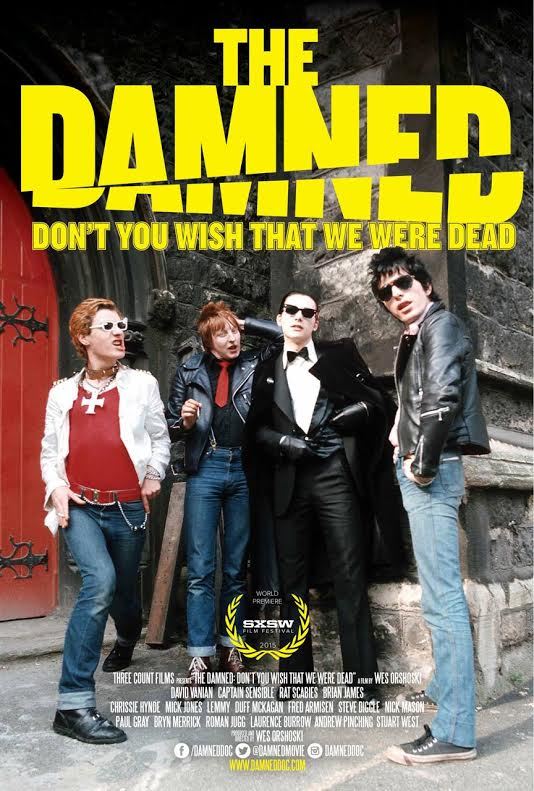