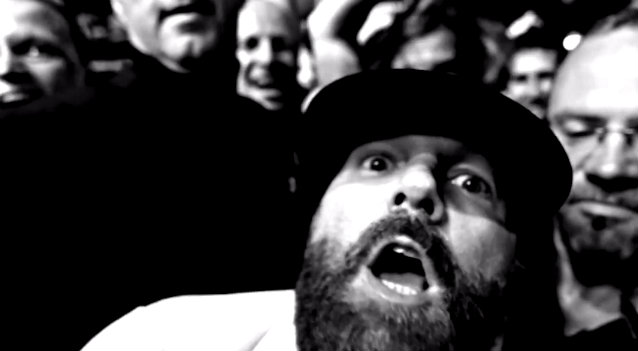 LIMP BIZKIT's new video for the song "Endless Slaughter" can be seen below. The clip was filmed during the band's recent European tour.

LIMP BIZKIT is putting the finishing touches on its new album, "Stampede Of The Disco Elephants", for a tentative late 2014 release. Frontman Fred Durst told TeamRock Radio about the musical direction of the CD: "It's a little crazier than usual. It's more off the wall, pretty outrageous. It's hard to explain, but I think this will be the one which changes the way we make music from here on out. The way 'Paul's Boutique' did for the BEASTIE BOYS."

Guitarist Wes Borland told Billboard that the songs on "Stampede Of The Disco Elephants" have a "very live and sort of wild" feel. Moreover, fans shouldn't expect the same old LIMP BIZKIT on the album; instead, there will be quite a bit of experimentation on the effort. "I think it's a little bit more, sort of playful, taking chances, a little less pop, structured type of stuff," Borland said. "I don't want to say it [sounds] younger, but maybe a little more carefree, musically, to where we don't over-think what we're doing."