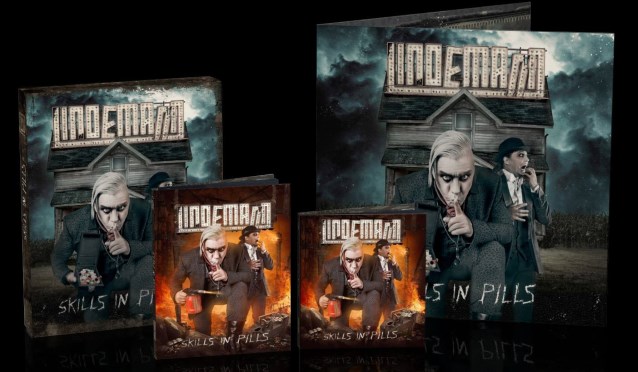 Warner Bros. has set a June 23 release date for "Skills In Pills", the debut album from LINDEMANN, the new project featuring vocalist Till Lindemann of German industrial metallers RAMMSTEIN and Swedish producer and multi-instrumentalist Peter Tägtgren (HYPOCRISY, PAIN). The first single from the CD, "Praise Abort", will arrive on May 29.

"Skills In Pills" will be made available in the following formats: