LION'S SHARE singer Nils Patrik Johansson commented: "It's about how complex everything is these days. It feels like we're at war all the time and every day — not so much the old fashioned way with guns and bombs. These days we're under virtual attacks with fake news, web criminality, terrorist attacks etc. We also have to deal with this brutal pandemic and the effects of climate change. We're under attack, that's for sure."

LION'S SHARE guitarist Lars Chriss says: "We are aware our fans want a new album and the plan was to release one in 2020, but then COVID-19 came and put a stop to that. We had just started playing live again with a couple of headline shows in Germany in March and were gearing up towards a new album and tour. Since we think it's very important to tour behind a new album, we just have to wait until things go back to 'normal' again. Until then, we plan to release a new single every two-three months and keep building our fan base". 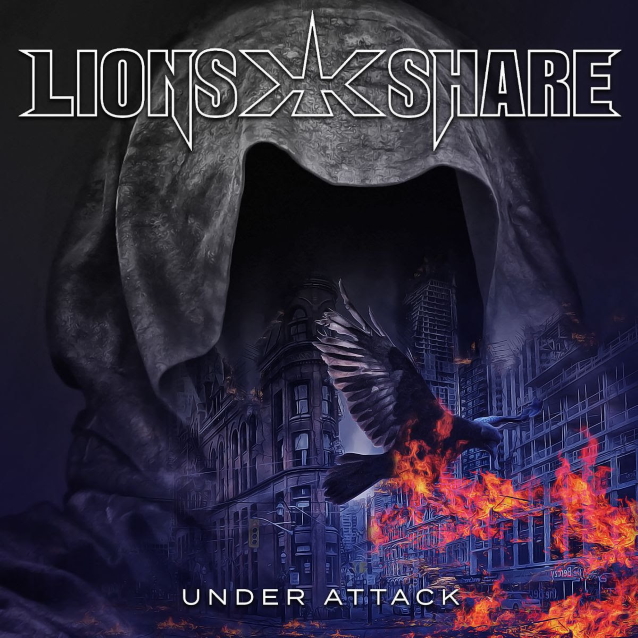