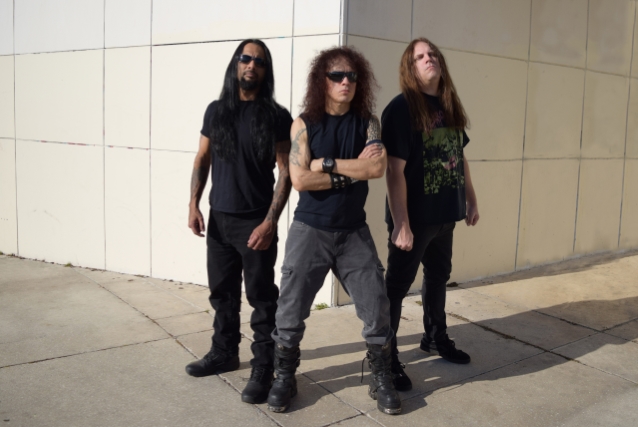 "Caustic Attack", a new song from American grindcore icons TERRORIZER, can be streamed below. The track is the title cut of band's long-anticipated new full-length, which will be released on October 12 via The End Records. Produced by Jason Suecof (DEICIDE, ALL THAT REMAINS, KATAKLYSM, BATTLECROSS) at Audiohammer Studios in Sanford, Florida and featuring the apocalyptic cover art of Timbul Cahyono (ROTTING CORPSE, PYREXIA),the record serves as the band's first studio offering in six years.

TERRORIZER guitarist Lee Harrison commented: "We are proud to finally unveil the new track from 'Caustic Attack'. We made sure this album is unrelenting and 'Invasion' is a good start on the journey. This album is a punisher so be warned. A short and fast blasting dose of Pete Sandoval in his element. We look forward to playing this one live."

Now that Sandoval is devoting all his time and effort to TERRORIZER (he left MORBID ANGEL in 2013),he plans to tour extensively and then record another album. The six-year curse is officially broken. "It feels so great to be back playing every day," Sandoval says. "I worked really hard on my recovery and all that work is really paying off now because when I play these songs I feel the same way I did in 1990 or 2000. I feel young again and I can play with no problem. And that's hard to do because this new album has a lot of changes, double-bass, fast blast beats. You name it." 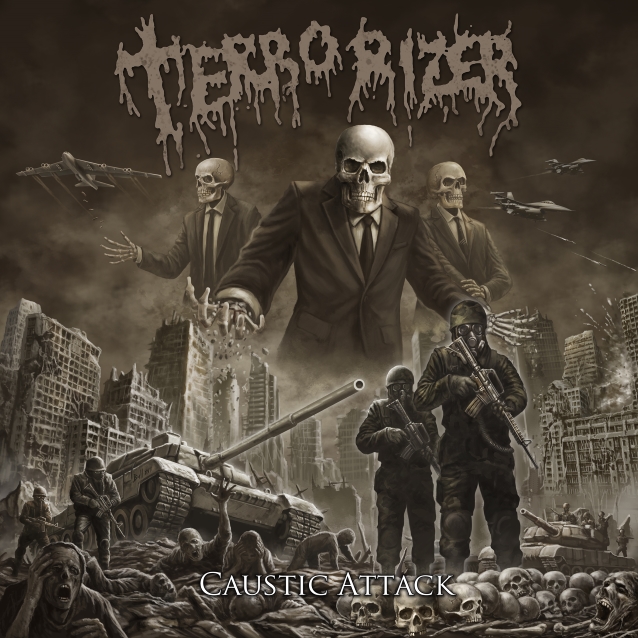