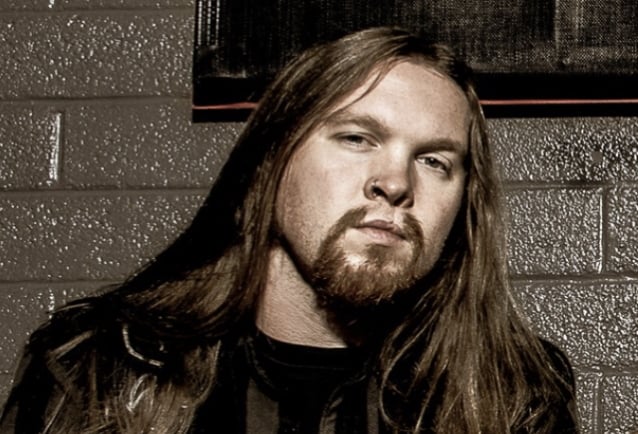 MACHINE HEAD has recruited HAVOK's Reece Alan Scruggs to play second guitar on the "Electric Happy Hour (Live)" fall 2022 tour. Scruggs is filling in for MACHINE HEAD's Polish guitarist Wacław "Vogg" Kiełtyka, who is unable to make the trek due to his touring commitments with his longtime band DECAPITATED.

Reece made his live debut with MACHINE HEAD last night (Thursday, November 3) at Strummer's in Fresno, California at the opening show of the "Electric Happy Hour (Live)" tour. Fan-filmed video is available below.

Earlier today, after BLABBERMOUTH.NET first reported on Scruggs's involvement with the current MACHINE HEAD tour, he took to his Facebook to share the article and he included the following message: "Well man, it's officially out there. Played the first show last night. My performance wasn't close to perfect but the vibe was really awesome. I'm just here to help and I'm gonna ride this wave.

Vogg joined MACHINE HEAD's touring lineup prior to the launch of the band's "Burn My Eyes" 25th-anniversary tour in late 2019.

Back in November 2019, MACHINE HEAD frontman Robb Flynn said that Vogg's audition for the band "just fucking blew" his "mind — it was so fucking tight and fucking accurate," Robb said. "He sent over [a recording of] 'Imperium' as his first song just as a test. We always had all the dudes do a sound test, just to make sure the levels are good and stuff. I was, like, 'Oh my God! This dude is playing 'Imperium' better than I can right now.' [Laughs] It was crazy. And we ended up talking. Super-nice guy."

In May 2021, Vogg told Finland's Kaaos TV that his addition to MACHINE HEAD's touring lineup was "a big surprise" for him, because he "didn't plan" to play with the band. "It kind of accidentally happened," he said.

"In 2019, when we started the summer festivals with DECAPITATED, I sent an e-mail to Robb Flynn about congratulations, because I heard about the upcoming 'Burn My Eyes' tour," he explained. "Because I'm still a huge fan of the first album, I just wanted to share my happiness about that with Robb. So I sent a message to him. And he replied, saying, 'Thanks, man.' And, 'Maybe you can play with us one song as a guest in Warsaw,' because they planned a Warsaw show. So we started to talk. And then it became a serious talking about the guitar player they were looking for, and I was sending my proposition that maybe I can help with that. So I did an audition. They sent me song requests for the audition, so I did it. And in a few days, I became a new guitar player of MACHINE HEAD. It was really fast. Because I didn't hear about that they were looking for a guitar player. I heard about Phil Demmel, the issues with Phil and the rest of the guys; they quit the band before. But I thought that the 'Burn My Eyes' anniversary tour was only the 'Burn My Eyes' lineup, and then I found out that it's also a second lineup to play [the other] songs. So, it was cool. It was [such] a positive shock for me."

Vogg went on to say that he was "so happy" to have been part of the "Burn My Eyes" anniversary tour "because I'm a huge fan of MACHINE HEAD since I was a kid. And to have the opportunity to go with them as a guitar player on tour which celebrates my favorite [MACHINE HEAD] album, which is probably one of my [favorite] ten albums ever, it was unbelievable," he said. "And it was such a great experience for me seeing a really big band on tour and seeing the pre-production process and traveling with all this huge crew and a few buses and trucks and all this equipment. It was really something new for me. Even [though] I'm an experienced musician, I had a big lesson from those guys and from the crew. It was such a great experience. It was such a great feeling being on stage in front of thousands of people every night. And then, after I finished my set, which includes the best songs from MACHINE HEAD — it takes two hours — then I go to change my clothes and come back to the side of the stage to see 'Burn My Eyes', the whole album, played by the original lineup. It was amazing. I have to say it was one of the best life experiences I had."

Well man, it’s officially out there. Played the first show last night. My performance wasn’t close to perfect but the vibe was really awesome. I’m just here to help and I’m gonna ride this wave. 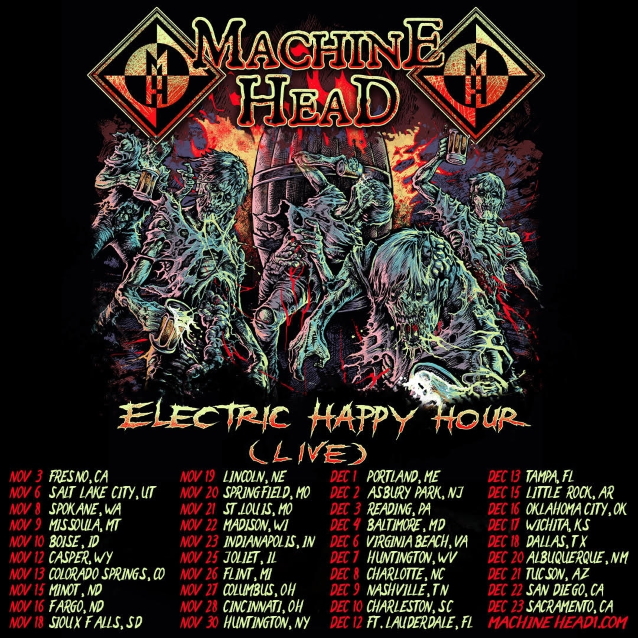