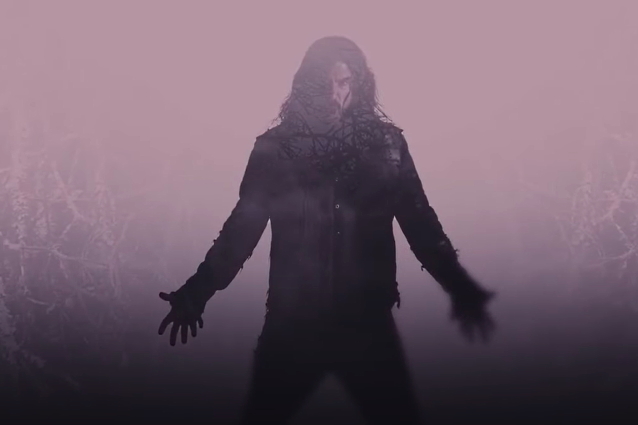 The release date of MACHINE HEAD's new single, "My Hands Are Empty", has been pushed back to November 13 from the previously announced November 6. According to the band, the delay is "due to COVID-19."

A new teaser for the song's official music video is available below.

"My Hands Are Empty" is the latest in a line of singles to be released by MACHINE HEAD, which issued "Do Or Die" in October 2019, "Circle The Drain" in February, and the two-song digital single "Civil Unrest", consisting of "Stop The Bleeding" and "Bulletproof", in June. "Stop The Bleeding" featured guest vocals from KILLSWITCH ENGAGE frontman Jesse Leach, and was written and recorded just days after the murders of George Floyd and Ahmaud Arbery.

This past June, MACHINE HEAD frontman Robb Flynn said that there is no pressure for the band to release a full-length album anytime soon. "I'm all about dropping singles right now," he told Knotfest.com's "Mosh Talks With Beez". "I think an album will definitely show up, and some of these songs may end up on that album, but, to me, it's all about just a constant stream of music dropping all the time.

"We're pretty slow with albums — it's already been two and a half years since our last album [2018's 'Catharsis'] — so I just don't wanna wait another year to get music out. The music's here, the music's done; a lot of the lyrics that I've written are very much now, and they need to be heard now, in this moment.

"I do a podcast, and I can record a podcast and have it up an hour later. That's fucking crazy to me. I can finish a song and have it up six hours later on all the fucking digital service providers," he said. "That's fucking amazing. Never in history have we been able to do something like that. And we need to do more of that, especially with songs that are written about this moment and these times. It's important to put 'em out now, not a year and a half from now."

This past July, MACHINE HEAD canceled its previously announced rescheduled 2020 tour dates for Europe and Australia due to the coronavirus pandemic which is sweeping the globe.