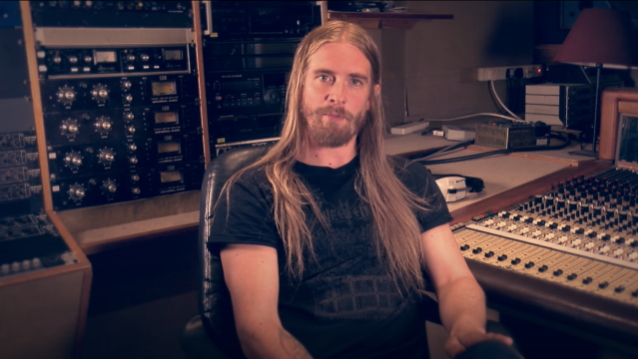 Drummer Martin "Axe" Axenrot's refusal to get vaccinated against COVID-19 led to his exit from Swedish progressive metallers OPETH, one of his bandmates has told BLABBERMOUTH.NET. THERION drummer Sami Karppinen has replaced Axenrot for OPETH's current live dates. Axenrot is also a member of BLOODBATH but has not appeared in that band's recent promotional pictures and live shows.

In a new interview with BLABBERMOUTH.NET, BLOODBATH vocalist Nick Holmes (also of PARADISE LOST) discussed Martin's status with the death metal supergroup. "He's still in the band as far as I'm aware," Nick said. "I haven't seen him for three years, maybe more. Waltteri's [Väyrynen, PARADISE LOST] been playing drums with BLOODBATH more than Axe has in the last couple of years."

When OPETH announced Axenrot's departure last November, OPETH frontman Mikael Åkerfeldt said: "However sad it is to not have Axe in the band anymore, we're not in a position to linger on anything that is going to hold us back. We need to soldier on.