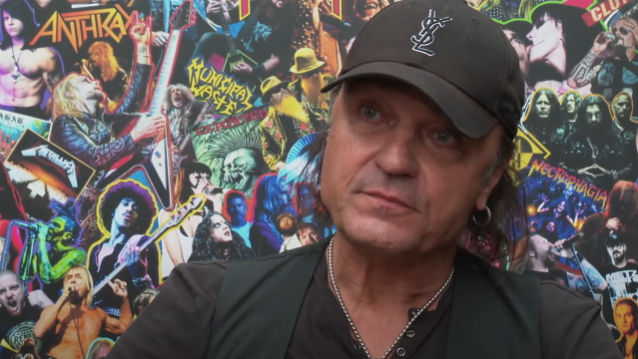 In an interview with France 3 Pays De La Loire conducted at this year's Hellfest, SCORPIONS guitarist Matthias Jabs spoke about the band's enduring commercial popularity. He said (as transcribed by BLABBERMOUTH.NET): "When I joined the band, it's like 44 years ago. The band was already going in the '70s, and we were all too young to think about the age we have today. When you're young, you think there's no end to things, but you have no idea what to imagine. Meanwhile, when you look back, it is very astonishing that we are together for such a long time, still successful with a brand new album and touring the world like we've always done. And sometimes I must think the success we have right now is comparable to the one in the '80s — every place is full, sold out, and the fans are very enthusiastic. And we gained a lot of new ones — young people are enjoying the SCORPIONS music, which is great. We are 80, and they are 18 or 28. [Laughs] They are younger than most of our songs."