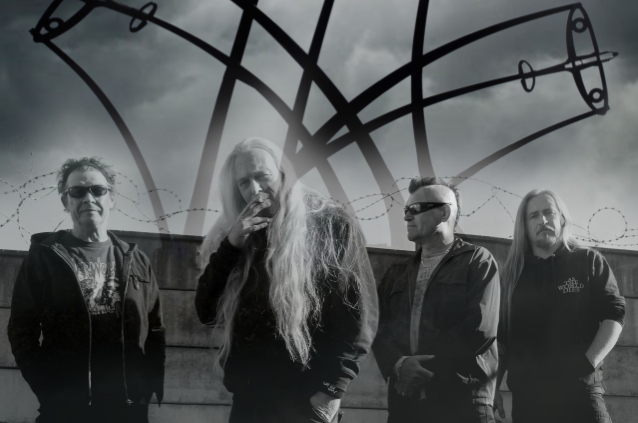 The official lyric video for "Onwards Into Battle", the new single from MEMORIAM, the Birmingham, United Kingdom-based death/grind metal band featuring Karl Willets (BOLT THROWER) on vocals, Frank Healy (BENEDICTION, CEREBRAL FIX) on bass, Scott Fairfax (CEREBRAL FIX) on guitar and Spike T Smith (SACRILEGE, CONFLICT, KILLING JOKE, THE DAMNED) on drums, can be seen below. The song is taken from MEMORIAM's fourth studio album, "To The End", which is due on March 26 via Reaper Entertainment.

Willetts states: "'Onwards Into Battle' is the opening track from the new album 'To The End'. A powerful introduction that sets the tone of the album and gives the listener a taste of what is to come. Lyrically, the track provides continuity from the previous album 'Requiem For Mankind' and is similar in many ways to the track 'Fixed Bayonets'. The lyrics focus on the start of battle 'Zero Hour' which is appropriate for the start of the album. Within the theme of 'War', the lyrics explore the brutality of trench warfare specifically. The war continues. Let battle commence."

Marking the beginning of a second trilogy of albums, "To The End" serves as something of a prologue to the first three MEMORIAM albums. Working backwards and narrating the life story of the leader whose demise was depicted in the first trilogy, the lyrics on the album may play out in a fictional realm, but they incorporate inspiration from real life. A central theme of war is coloured with political fulminations and everyday experiences that combine to create a cohesive and enthralling chronicle.

The four-piece returned to producer Russ Russell for the recording of "To The End". For the first time, the band demoed the songs and entered the studio with a new level of preparedness. Coupled with their close relationship with Russell, this created an environment that allowed for greater experimentation, as demonstrated by the diverse array of textures and sounds present on the nine tracks on the album.

From the earliest days of MEMORIAM, they had their eye on the art Dan Seagrave (BENEDICTION, DISMEMBER, HYPOCRISY, SUFFOCATION) as an accompaniment to their music. Having created the artwork for the first three MEMORIAM albums, he has also created the cover for "To The End".

MEMORIAM comments: "We are really chuffed to be collaborating with Dan. His vision and interpretation of ideas are totally unique and its fantastic to be involved in the creative process with him — seeing the ideas that we have transformed into stunning images that we are proud to have as artwork for our albums. His style is second to none, so much so that using any other artist at this point would seem like a compromise; his attention to detail is incredible.

"'To The End' is the first album of this trilogy and features the events that led up to the scenes depicted on our first album, 'For The Fallen'. The art shows the king leading his troops into the last battle in which he was killed. It looks bloody killer."

Seagrave elaborates: "In this moment, we're capturing the dawn of the onslaught of the city; visible from the industrial outskirts, as the forces descend with a pincer movement into the valley, spreading destruction towards their goal.

"The king character, to me, at this stage has become something of a creature — beyond human. There is an elemental shift in its DNA and a detachment of its ordinary senses. Held together by earthly materials, I feel its presence brings with it a surrealistic sickness that affects the immediate environment and those who tread within its boundaries.

"My aesthetic look of this was to combine the retro military tech of the early 20th century with the memory of renaissance times art. For example, tanks that have bas relief sculpture, and inventions such as the flying wingsuit - a metallic armoured vehicle contraption worn by the foreground figure. There's less of a literal darkness in the depiction. Here there seems to be a permeating flow of dust particles, like a concocting mist of specular ice and grey concrete. The dawn of a bright day reacting with it, both illuminating and deadly." 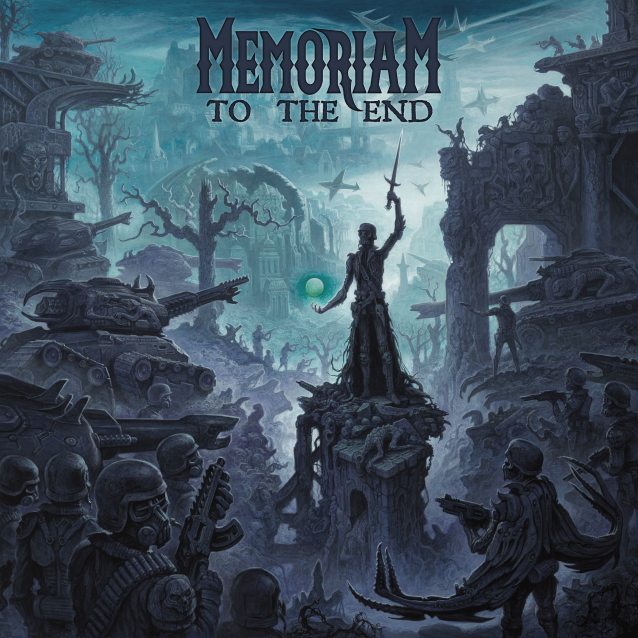