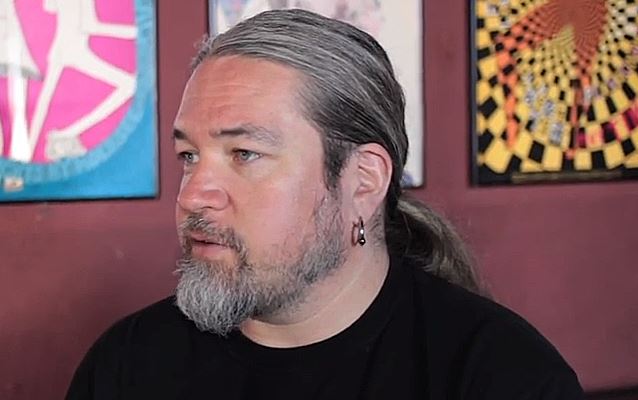 In a recent interview with Australia's Loud magazine, MESHUGGAH guitarist Mårten Hagström stated about the band's plans to return to the studio to record the follow-up to 2012's "Koloss": "I think the last day of November is our last show for this album. So we're basically looking to have some time off in December, and then we've been on the road with 'Koloss' for like two years or something, on and off. So then I guess it's about time to start writing new stuff again."

Asked what the next step forward for MESHUGGAH is, creatively, Hagström said: "I have no idea, and I never do. And I think that's a good thing, 'cause people sometimes say that we're pretty unpredictable, but I don't really think we are, because we have a sound that's been with us since at least like the 'None' EP (from 1994),that's very us. [laughs] It doesn't really change all that much, but it's still a progression, and what I mean by taking a step forward is that we're still, we've been around now. We're veterans in this game [laughs], and we're still having fun with what we do, with experimenting with the music that we want to create. So as long as it feels like we're making it better, and as long as it feels like we're doing something that we can at least stand for and be proud of, that's all that we ask."

MESHUGGAH earlier in the year completed touring North America with ANIMALS AS LEADERS as direct support and INTRONAUT opening each evening.