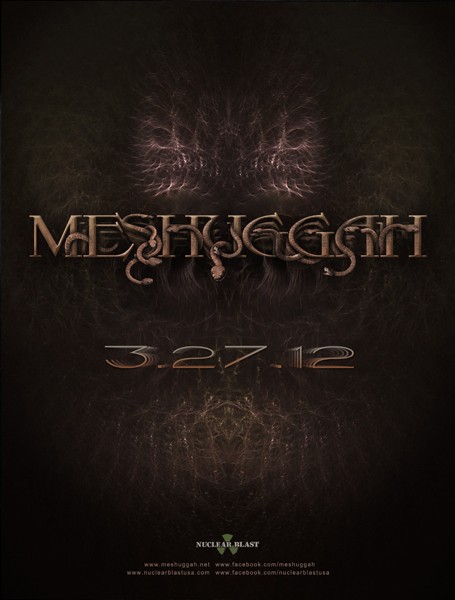 Swedish experimental extreme metallers MESHUGGAH have confirmed "Koloss" as the title of their new album, due in Germany on March 23 and the rest of Europe on March 26 (March 27 in North America) as a CD digi, limited-edition Magic Cube (CD digi plus DVD exclusive to Nuclear Blast mail order) and two-LP brown vinyl via Nuclear Blast Records.