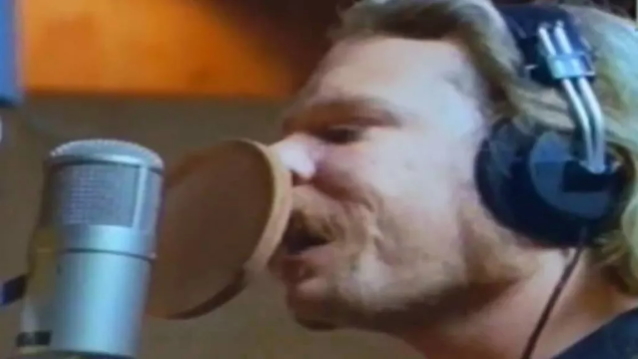 METALLICA's 'Nothing Else Matters' Video Surpasses One Billion Views On YouTube

METALLICA music video for the song "Nothing Else Matters" has surpassed one billion views on YouTube. It is the first METALLICA track to reach the milestone.

"Nothing Else Matters" originally appeared on METALLICA's 1991 self-titled album — also known as "The Black Album" — which is being re-released on September 10 as a remastered deluxe box set via the band's own Blackened Recordings. The song reached position No. 11 on the Billboard Mainstream Rock Tracks chart as well as top-ten positions on many European charts.

The Black Album is one of the most commercially successful and critically acclaimed records of all time. Its 1991 release not only gave METALLICA its first No. 1 album in no fewer than 10 countries, including a four-week run at No. 1 in the U.S., its unrelenting series of singles — "Enter Sandman", "The Unforgiven", "Nothing Else Matters", "Wherever I May Roam" and "Sad But True" — fueled the band's rise to stadium headlining, radio and MTV dominating household name status. The Black Album remains unchallenged as the best-selling album in the history of Nielsen SoundScan, outselling every release in every genre over the past 30 years.

As previously reported, a never-heard-before, totally new and different version of "Nothing Else Matters" appears twice in Disney's new movie "Jungle Cruise".

The music video of the song "Nothing else Matters" reached 1 billion views on Youtube! 🤯