James Hetfield's METALLICA bandmates have opened up to U.K.'s Metal Hammer magazine about what it was like seeing him re-enter a treatment program to work on his recovery from alcohol addiction.

The METALLICA frontman went back to rehab last September, forcing the postponement of the band's tour of Australia and New Zealand.

In the brand new issue of Metal Hammer, which is on sale from today, Kirk Hammett, Robert Trujillo and Lars Ulrich discussed Hetfield's addiction issues and how it affected the rest of the group.

Trujillo said: "We really didn't see it coming. James seemed like he was fine, but then you look back and you try to analyze the situation over time and see where there were red flags.

"Being on the road can be very challenging, and I would imagine for James, to get up there in front of all those people and have to be 'on,' meanwhile your family’s not with you and all these things are going on, it builds up."

Hammett added: "Whenever something happens to a bandmember like this, it's so deeply unsettling. It comes as a shock. You have to do a bit of scrambling just to cover some ground."

In a 2003 interview with Kerrang! magazine, Hetfield spoke about his battle with alcohol addiction and the much-publicized trip to rehab in 2001 that had seemingly enabled the singer to emerge a much healthier and more positive-thinking person that he was during much of the group's 35-plus-year career.

During a 2017 interview with "The Joe Rogan Experience" podcast, Hetfield spoke in more detail about checking into rehab 17 years ago and how he almost lost his family in the process. 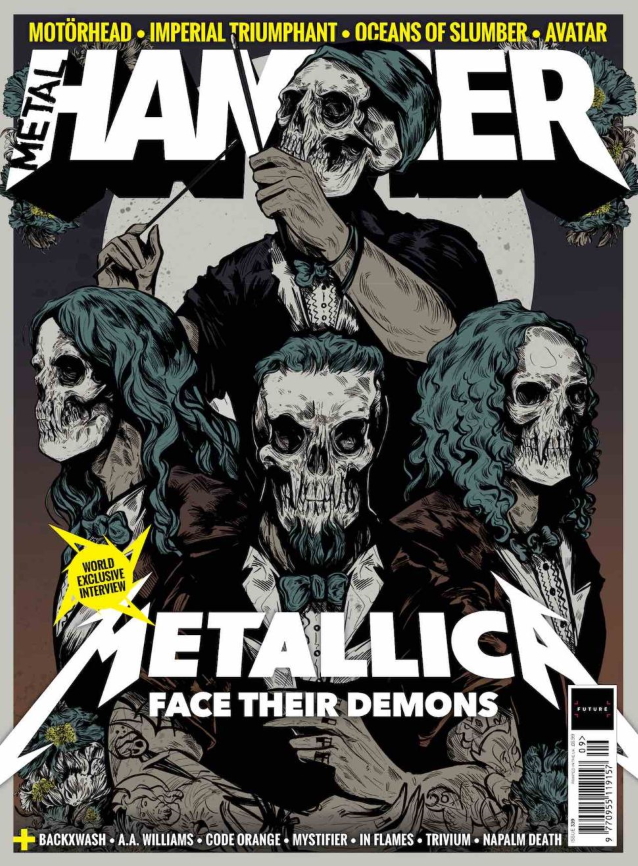