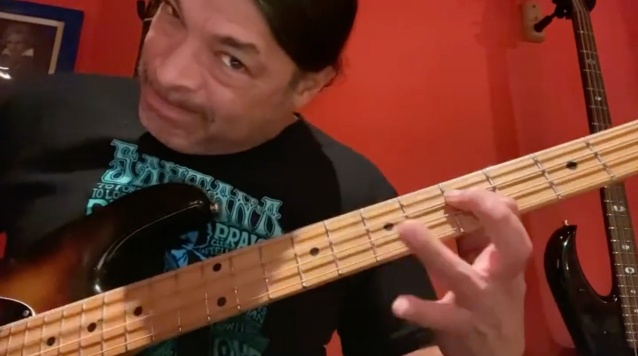 METALLICA's Robert Trujillo has shared a short video of him jamming at home.

The bassist uploaded the one-minute clip to his Instagram earlier today (Tuesday, January 11) and included the following message: "I'm just tryin’ to get my groove on. @chloetrujillo #groovy #jamsession".