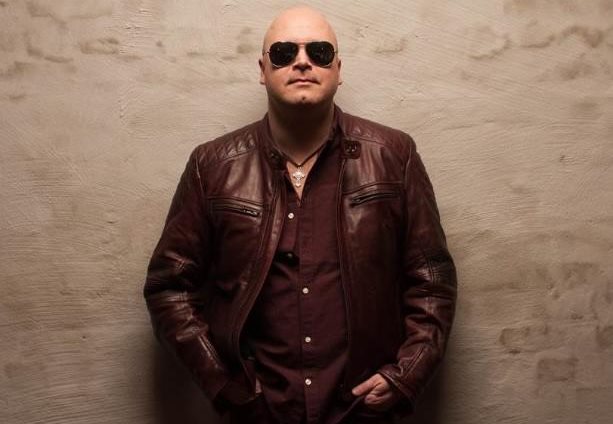 On whether he has repaired his relationship with HELLOWEEN guitarist Michael Weikath:

Kiske: "Yeah. It had been a long story. It didn't happen overnight. It started with me getting older, and somehow inside of me things changed over the last three or four years, without noticing. And it really started when I ran into him at Sweden Rock [Festival] again, I think, in 2013. And he said to me… The first thing he said was, 'What have I done that you can't forgive me?' That was the first line he said to me. And I realized that I had forgiven somehow a long time ago without noticing. That's how it all started. And also, looking back at the years after HELLOWEEN, I have gained so much out of it. Having to be on my own, having to be responsible for records, and even all the painful things that I got through, I gained so much from it on a human level that I can't really be angry anymore. Sometimes it's not easy to understand, for people, when you say something like that. But that's why it was also easy for me to forget about it all and start talking again, because I just realized that it was all good for me. I was so blessed, spiritually, especially during that time, that I don't wanna miss it, really, so I can't really be angry anymore."

On other factors that played a part in his decision to reunite with HELLOWEEN:

Kiske: "In the last number of years, the HELLOWEEN guys were always sending out these signals. More and more in interviews, they were talking about that they would love to do some reunion kind of stuff, or a tour with me and Kai together. They were always sending out these signals, which I found kind of confusing at first — I didn't know what to think about it — but it was also a good thing to do. It helped me to get to the point that, after a great show in Spain, actually, with UNISONIC — we had three very nice concerts in 2014 in Spain — and at the last gig, Kai said something like, 'Michael, if we don't ever do anything again under the name of HELLOWEEN, we're just idiots.' And before that, a year before, I met Weiki [Michael Weikath]— the thing that I just told you earlier [about our encounter at Sweden Rock] — and I just said, 'You know what, Kai? I'm open.' And that's how it all really started… Kai has a lot to do with it. He was just throwing that thing out at the perfect time. He wanted to do it. And I was with him for a number of years in HELLOWEEN and UNISONIC. We enjoyed it, so it was kind of… Maybe it was just the next thing to do somehow."

On whether the upcoming shows on the "Pumpkins United" tour will see each singer performing songs from his respective era of HELLOWEEN:

Kiske: "Yeah, that's the main thing, of course, that's gonna happen. I mean, it's not the usual kind of reunion you would see, because no one is leaving, you know — we're just coming to the whole bunch and we do it all together, with celebrating thirty years of this band. And, of course, I'll be doing the stuff that I got known for in HELLOWEEN, like the ['Keeper Of The Seven Keys: Part I' (1987) and 'Keeper Of The Seven Keys: Part II' (1988)] songs mainly, and Andi will hold up the flag for his phase, and then pick the strong songs for Kai [to] do, a little bit, with his 'Walls Of Jericho' [1985] kind of era. And then we do some duets maybe and we do some swapping. And I might even sing a song of Andi's phase and vice versa and stuff. We're trying to make it an interesting knd of thing, and we've put a lot of money in there to have an interesting show set, with big screens. We want this to be a very special thing in the end. With all those years that this band has existed, and all those records that had been released, there's a whole lot of stuff we can actually choose from."

On HELLOWEEN's decision to not stage the "usual" kind of reunion where other, later eras of the band get ignored in favor of the early "classics":

Kiske: "When I first said something to Kai, that I was open [to taking part in a HELLOWEEN reunion], of course I had in mind maybe just doing only the 'Keeper' band with a new drummer, and just playing that [early] stuff, but I like a lot better the way we are doing this now, because I think this sends out a very nice message. Even when you are enemies for a long time of your life, you can sort it out. You can forgive. Even if you were really hurt, and things were really bad for you during a certain time, there's always a possibility to bury it and to forgive… I never met Andi before, and the first time I met him, we got along very well; we had a very nice connection as people, as persons. And I think it's a great idea to do it this way — everybody involved and as a team together. I think this sends out a very good message."

On why former HELLOWEEN guitarist Roland Grapow (1989-2001) isn't involved in the reunion tour:

Kiske: "As far as I know, they asked him [to take part in it], and he didn't wanna do it. That was the information [I was given]. He's probably still hurt. I know how it feels. When this stuff is fresh, it's difficult."

Kiske: "We can't play them completely. We will be, anyway, getting close to three hours, playing-wise, but that means it can't be the whole two records. But it'll be the key songs. We might even change it here and there. We wanna make it very balanced out, that both phases are equally covered — the Andi phase and the Michael phase. And we also wanna do some duets and stuff like that. So we have too much to choose from to really play everything from the 'Keeper' [albums]. But it'll be a big part."