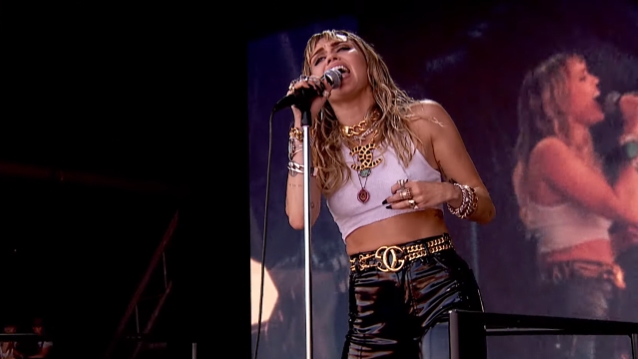 MILEY CYRUS Is Working On Album Of METALLICA Covers

Miley Cyrus is working on an album of METALLICA covers.

The pop star revealed her latest project during a chat with Interview magazine. Speaking about how she has been spending her downtime during the COVID-19 pandemic, she said: "We've been working on a METALLICA cover album and I'm here working on that. We're so lucky to be able to continue to work on our art during all of this. At first, it felt uninspiring and now I've been totally ignited."

Miley previously performed a cover of METALLICA's "Nothing Else Matters" at U.K.'s Glastonbury festival in 2019.