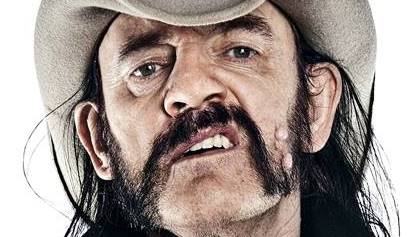 MOTÖRHEAD's LEMMY: 'If I Died Tomorrow, I Couldn't Complain'

MOTÖRHEAD frontman Lemmy spoke to U.K.'s Classic Rock magazine about his health issues that have caused the band to cancel a number of European festival appearances this past summer — including shows in France, Germany and Russia. The dates were called off when doctors discovered an unspecified haematoma, a pool of leaked blood gathered in Lemmy's muscles. The legendary rocker is also suffering from Type 2 diabetes, diagnosed more than a decade ago, and has had a defibrillator fitted earlier this year to iron out the uneven bumps in his heart.

"I don't mind you asking about my health," Lemmy told the magazine. "I've been poorly. There's no point lying about it or trying to deny it. I've never done that. It's all part of life's rich tapestry, isn't it? I understand you've got to ask. And I'm feeling better."

According to Lemmy, people are telling him to slow down — that living life at breakneck speed is beginning to take its toll.

Lemmy did, however, stop smoking cigarettes a year ago. "I was having breakfast one morning, coughing and hacking my way through a cigarette and I stopped and thought: 'What am I doing here?'" he explained.

Although it's been reported that Lemmy used to drink a bottle of Jack Daniel's a day, he claims that those days are behind him.

"I stopped drinking Jack Daniel's and Coke because the sugar in the Coke wasn't good for my diabetes," he said. "I don't drink much [anymore]."

Lemmy takes two pills every day for his diabetes, which has affected the circulation in his legs. As a result, his legs stiffen and ache if he walks too far and his back hurts if he stands for too long. "But I can still stand at that mic every night and play my songs," he said. "I wouldn't know about the defibrillator if it wasn't for that fucking lump in my chest," he said. "I'm getting better. By the time this article is out, and the tour comes around, I'll be all right. I'll be ready."

When told that some people have suggested that MOTÖRHEAD's upcoming album, "Aftershock", might be the band's last, Lemmy replied: "Really? Who said that? I've never said that. Phil [Campbell, MOTÖRHEAD guitarist] has never said it. Mikkey [Dee, MOTÖRHEAD drummer] has never said it. We plan to go on. Maybe, if we can't tour any more, we'll just make albums. We'll be like THE BEATLES after 1966."

Lemmy, who turns 68 years old in December, told Classic Rock he didn't expect to still be here at 30,

"I don't do regrets," he said. "Regrets are pointless. It's too late for regrets. You've already
done it, haven't you? You've lived your life. No point wishing you could change it.

"I'm pretty happy with the way things have turned out. I like to think I've brought a lot
of joy to a lor of people all over the world. I'm true to myself and I'm straight with people."

Asked if his illness this year has made him more aware of his own mortality, Lemmy said: "Death is an inevitability, isn't it? You become more aware of that when you get to my age. I don't worry about it. I'm ready for it. When I go, I want to go doing what I do best. If I died tomorrow, I couldn't complain. It's been good."

The November 2013 issue of Classic Rock magazine featuring the MOTÖRHEAD cover story can be ordered at this location. 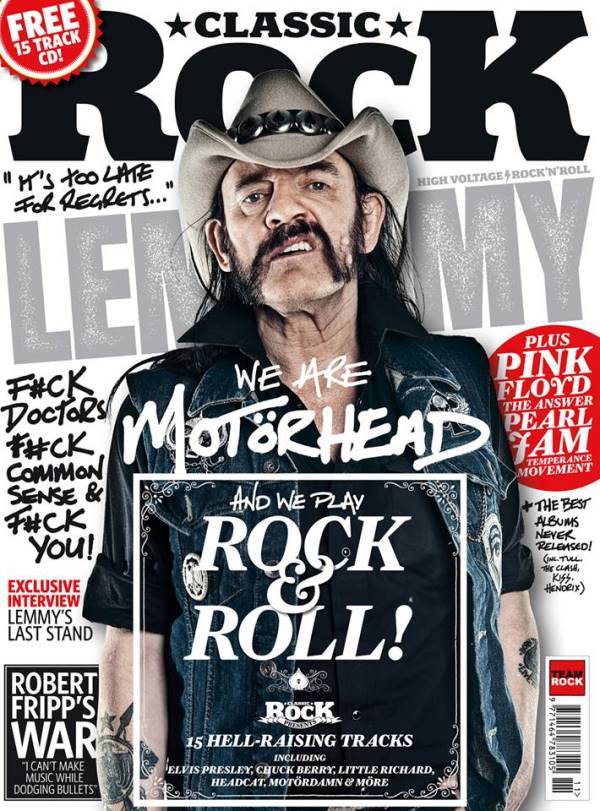